Buried 2 Decades, Runaway Car of the Founder of the Taliban Excavated 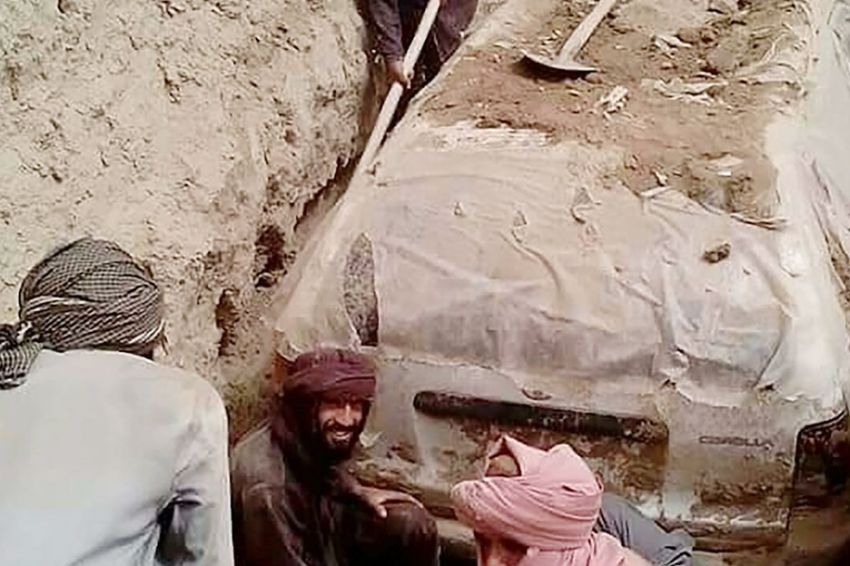 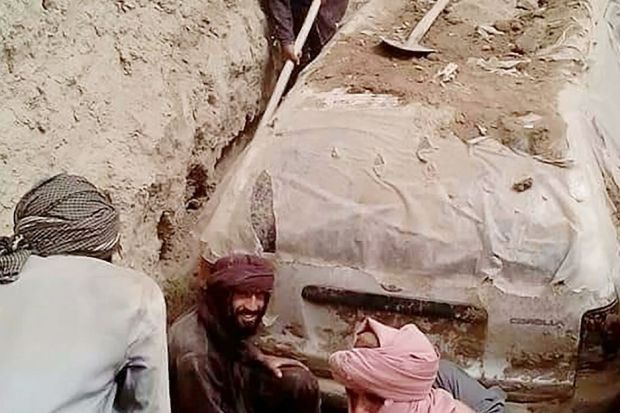 Buried for two decades, the Taliban dug up the car Mullah Omar used to escape. Photo/France24

KANDAHAR – The car used by the founder Taliban Mullah Omar to escape when being targeted by troops United States of America (USA) after the September 11 attacks have been excavated in Afghanistan east. The car had been buried for more than two decades in that place.

A white Toyota Corolla was buried in a village park in Zabul province by former Taliban official Abdul Jabbar Omari, who ordered it to be exhumed this week.

“This vehicle was buried by mujahideen as a warning to Omar in 2001 not to disappear,” he explained.

Taliban media officials published an image of a car dug by people using hand shovels from his grave.

“The Taliban want the car to be displayed in the capital’s national museum as a great historical monument,” added Hammad.

The Taliban were formed in Kandahar by Mullah Omar, who led the hardline Islamist movement to power in 1996 after a bloody civil war. The group then imposed a strict interpretation of Islamic law in the country.

Afghanistan later became a haven for terrorist groups, including Osama bin Laden and al-Qaeda, the architects of the September 11 attacks on the United States.

Read also: Again, the Taliban Asks the World to Recognize Its Government in Afghanistan

2022 AFF U-19 Cup Results: Arrested by Singapore U-19, Malaysia Tops Group B standings 2022 AFF U-19 Cup Results: Arrested by Singapore U-19, Malaysia Tops Group B standings