Comedy to Criticize Social Issues to Politics, Is There a Limit?

The end of the New Order brought a breath of fresh air to freedom of expression in Indonesia, including the freedom of artists to express criticism through their works, as well as in the field of comedy. Over the past decade, the solo art of comedy, or popularly as stand-up comedy, is present as an alternative entertainment that often contains education and social and political criticism. The phenomenon ofroasting officials to jokes full of satire is actually enjoyed by the public. But is comedy as a medium of criticism free from the risk of intimidation? Is there a limit?

Since the reformation, freedom of expression has been increasingly guaranteed in Indonesia, including the freedom to express social and political criticism. This is also reflected in the realm of comedy, where more and more comedians play humorous material that is full of criticism and satire.

However, historically, comedy as a medium of criticism began long before the reform era, from the caricature of ‘Oom Pasikom’ by the late Gerardus Mayela Sudarta, the late Jojon’s jokes about Suharto and the monkey’s picture of gopek money almost three decades ago, to Warkop’s scathing remarks by frequency. radio during the New Order era.

Even though it is colored by intimidation, the use of comedy as a medium of criticism, said researcher from the Indonesian Humor Institute Now (IHIK3), Ulwan Fakhri, is still effective today. For example, last year a Lampung resident named Ummu Hani shared her photos of wallowing in the potholes of a damaged road in Tanjung Bintang, South Lampung, as an insult to the government’s failure to repair. Despite being accused of sensation-seeking, in the end the authorities heard his criticism and fixed the road.

In an interview with VOA Indonesia in early June, Ulwan said, “Humor saves many people’s lives when they want to speak out loud, with concepts that are easy to understand, with things that are fun, entertaining, acceptable to the public, people want to be involved, and accepted. by interested parties.”

In the past decade, the critical joke has grown more and more in the format stand-up comedy aka comedy solo. He is present in public spaces through events on television, entertainment segments of political talk programs, to appearances by the local comic community from cafe to cafe.

Ulwan assesses the subjectivity of humor in stand-up comedy feels so close to its connoisseur that it makes it a fitting container to aspire to.

“They can bring their individual perspective, their subjectivity, on stage, which may still be written in a script, but it feels really honest, in my opinion as an audience. It’s like telling a story to friends,” said Ulwan, who is also the head of comedy education at the comedy company COMIKA.

This subjectivity is used by the female comedian who is also an interpreter, Sakdiyah Ma’ruf in composing her single comedy material. He combines his personal experience with the results of observations, before reflecting on phenomena that exist in society.

In one of her appearances several years ago, Sakdiyah raised her experience as an Indonesian woman of Arab blood who grew up in a community of Arab descent in Central Java. She said that the title of the first solo female Muslim comedian in Indonesia that is often attached to her is not an achievement, because she should not be a comedian like she is now, but instead became the wife of one of her distant cousins ​​15 years ago, when she was 19 years old. The joke full of social criticism was greeted by laughter from the audience.

Sakdiyah became one of the BBC’s 100 inspiring and influential women in 2018 thanks to her work as a comedian, who uses comedy as a platform to fight against Islamic extremism and violence against women. Prior to that, he was also awarded the Václav Havel International Prize for Creative Dissent by the American human rights NGO, Human Rights Foundation, at the Oslo Freedom Forum in 2015 for his activism through the art of comedy.
When asked in a VOA discussion on a podcast In Case You Missed It whether he has limits in comedy, one thing is certain for him: material open mic can’t be stupid.

The criticisms conveyed by Sakdiyah through her comedy are not always well received by the audience. He has experienced bullying, both physically and mentally online nor offline, in the form of verbal or physical attacks. Nevertheless, he did not flinch. He was reluctant to censor his comedy just because of intimidation.

“Self-censorship it hurts personally, because we deny ourselves, we deny our inner voice. We are tired of meeting the voice of her heart, this is what we want to say, why do we deny it ourselves,” he said.

Self-censorship alias self-censorship called humor researcher Ulwan Fakhri is a common thing in the comedy industry in the country. Some comedians do it to maintain their image or trademark who really wants to be known as a “fun” comedian. In his notes, comedians with this image usually reduce the choice of humorous topics that are sensitive in the eyes of the public.

On the other hand, he also observes the growing phenomenon of single comedians who dare to raise critical issues when appearing on stage. He said they did not depend their careers on mainstream media such as television, which is bound by the Broadcasting Law and censorship processes.

Ulwan believes that there are at least three ways comedians can continue to deliver critical material safely in public spaces. First, do not mention the names of individuals, institutions or brands that are being used as direct objects of humor; make a pun. Second, make sure the material is based on reliable facts and data. Third, use a certain figure of speech or language style in conveying the critical humor material.

Admittedly Glad To Be Back To Minang Realm, Anies Baswedan: West Sumatra Gives Birth to Many Heroes and Scholars

Not a house certificate, Kaesang Pangarep’s dowry for Erina Gudono makes you gawk, even though the president’s son!

“The art of comedy is actually the art of language, the art of communication, so there will be a lot of relevant communication techniques to be used as ‘weapons’ for comedy comics, both to create humor and to avoid netizens, summons, and so on,” he explained.

However, mitigating audience backlash isn’t getting any easier these days, says comedian Abdel Achrian, who is best known for his religious-themed television programs with Mamah and Aa’s humor. According to him, in this era of openness, comedians should be more careful.

“Because it’s like two sides of a coin, when we are free to speak during this reform era, people are also free to respond. Our freedom is accompanied by the freedom of others,” he said.

“For example, if we criticize the government, maybe the person who is being criticized, is it the president or the minister, they are?” fine-fine just. But the supporters? (They) sometimes even feel they have to defend their idols,” said Abdel.

Abdel said that comedians must have the sensitivity to judge whether the humor material they want to display is appropriate, especially when it touches on sensitive topics or contains elements of criticism.

He himself admitted that he preferred to bring lighter material. “There are people who use comedy as a critique. I just use comedy as entertainment,” he said.

What’s more, Abdel thinks that those who are the targets of criticism themselves don’t necessarily listen to the comedians’ satire. “The demonstrations in volumes in front of the DPR were not heard, let alone those who were joking,” he lamented.

But humor researcher Ulwan Fakhri believes that comedy will always be a channel for aspirations that anyone can rely on. He also quoted the late Indonesian humor philosopher, Arwah Setiawan, that “humor is a pillar of national security.”

“Instead of conveying aspirations with riots, perhaps by damaging property, especially hitting on stage by slapping like that, it is actually much safer to respond with humor,” said Ulwan. “So, it’s better to use humor as a tool to express your aspirations, whether you like it or not about the issue, so that it is hoped that the discussion will be more fluid, cooler, and can continue.” [rd/em] 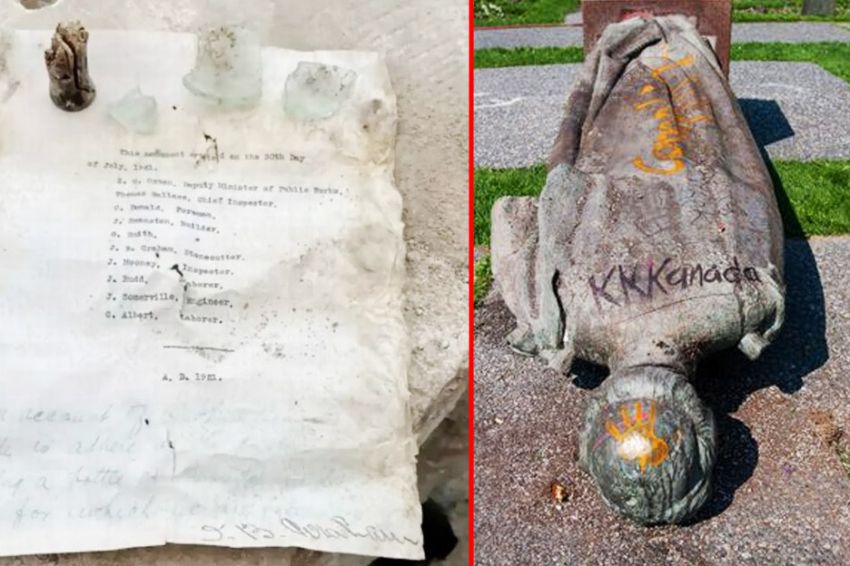 loading...A message in a bottle that is more than a century old has been found under a destroyed statue of... Admittedly Glad To Be Back To Minang Realm, Anies Baswedan: West Sumatra Gives Birth to Many Heroes and Scholars

Sumatran voice - Anies Baswedan continues his political safari. After coming from Aceh, the presidential candidate (candidate) for the NasDem... Not a house certificate, Kaesang Pangarep’s dowry for Erina Gudono makes you gawk, even though the president’s son!

Kaesang Pangarep and Erina Gudono will get married this month. His marriage is clearly in the spotlight, including the dowry... Suara.com - The earthquake that occurred in Cianjur resulted in many losses for the victims. Bobobox, an accommodation provider startup,...