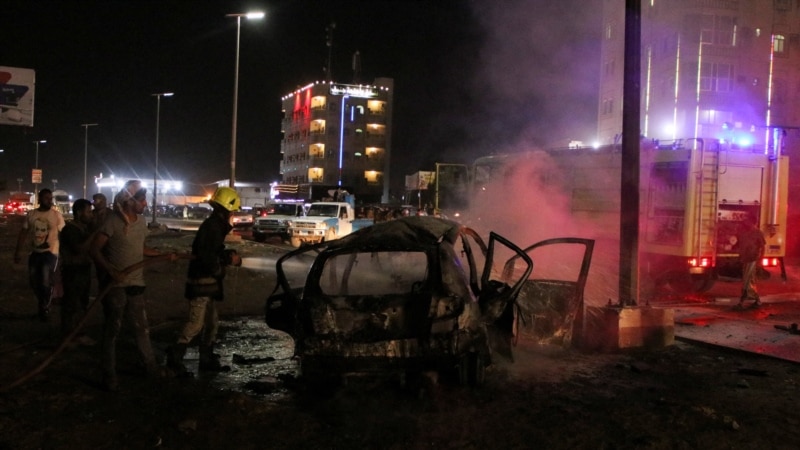 A Yemeni journalist was killed Wednesday in a car explosion in Aden, the latest violent incident in Yemen’s southern port city.

According to a police statement published by the Armed Forces in Aden, initial investigations indicated explosives had been planted in the car driven by Saber Al Haidari.

The statement did not specify the media where Haidari, who is 40, works.

Firefighters doused the wreckage of charred cars on the main road in Aden, which has seen an increase in violence in recent years.

Last March a car bomb killed a senior Yemeni military leader and three others in his entourage. Authorities described this as an attack by “terrorist elements.”

Meanwhile in November 2021, a pregnant Yemeni journalist was killed in a car explosion. Her husband, who is also a journalist, was injured.

For the past seven years Yemen has been mired in conflict between the Saudi-led military coalition and the Iran-backed Houthi movement, which largely controls northern Yemen.

Among Yemen’s many destabilizing forces are Islamist military groups such as Al Qaeda and ISIS which in the past have also carried out a series of attacks, including in the south. [em/lt]

Personality Test: Which Eye Would You Choose To Draw Your Future?