5 Causes of Body Pain when Waking Up 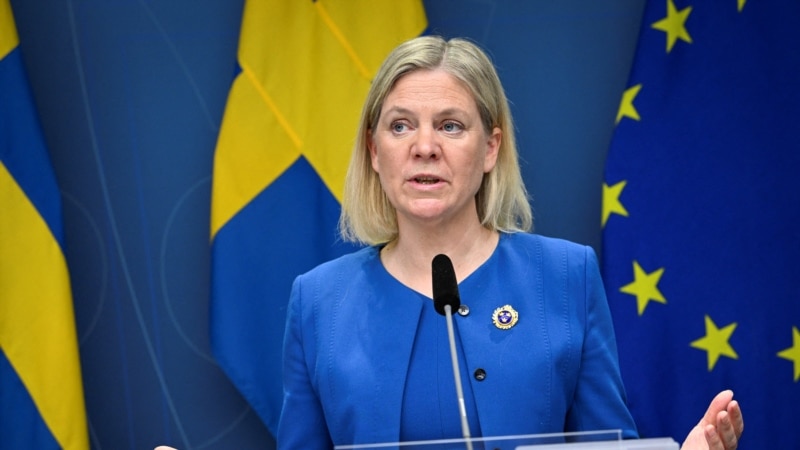 The Swedish prime minister announced Monday that Sweden, following Finland, would apply for NATO membership following Russia’s invasion of Ukraine. Meanwhile, on the same day, Russian President Vladimir Putin said the Swedish and Finnish pleas did not pose a “direct threat” to Russia.

Swedish PM Magdalena Andersson has officially announced the Swedish government’s decision to join NATO. He was accompanied by the leader of the Swedish opposition, Ulf Kristersson.

“As a member of NATO (later), Sweden will not only strengthen its own security, but also contribute to increasing security in the Baltic Sea region and NATO as a whole. Today, the report of the working team and its conclusions were discussed in the Swedish parliament, and support for Sweden’s application to become a member of NATO was widely given,” he said.

The announcement follows debate in the Riksdagen, or Swedish Parliament, showing overwhelming support for Sweden to join NATO.

Sweden’s move comes after neighboring Finland, on Sunday (15/5) also announced that it would join the 30-nation alliance.

Prior to Russia’s invasion of Ukraine on February 24, public opinion in Sweden and Finland showed strong opposition to the idea of ​​joining NATO, but support for NATO membership increased rapidly since then.

Sweden’s historic change in attitude, after more than 200 years of non-aligned policies, is likely to piss off Russian President Vladimir Putin.

But at a meeting of the CSTO, or Collective Security Treaty Organization, an intergovernmental military alliance in Eurasia, Putin reminded himself that he had no problem with those countries.

“As far as expansion – including new members Finland and Sweden – Russia – I remind you, good comrades – have no problem with those countries. Therefore, there is no direct threat to Russia with the inclusion of those countries. “

But Putin added that “expansion of military infrastructure in the territory will of course demand our response,” which will be based on “threats created.”

The Russian president hosted the 30th anniversary of the CSTO, which was attended by the five leaders of the security organization’s member states, including Armenia, Belarus, Kazakhstan, Kyrgyzstan and Tajikistan. [jm/rd] 5 Causes of Body Pain when Waking Up

TANTRUM - Not a few people feel sick when they wake up from sleep. Why is that? After sleeping, you...

Suara.com - Have you ever felt your partner or yourself cheated on you even though there was no physical contact...