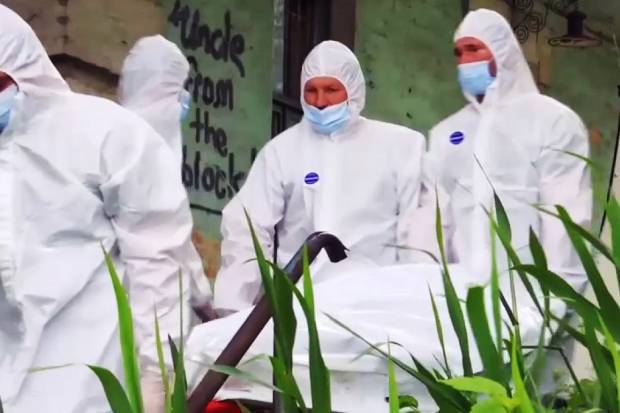 Ukraine prepares to return the bodies of Russian soldiers. Photo/Euronews

KIEV – Troops Ukraine is preparing to send back the corpses of soldiers Russia . Ukrainian authorities say they are acting in accordance with international law.

The soldiers’ bodies have been transferred to a facility outside Kiev before being loaded onto refrigerated trains awaiting transfer.

The head of Ukraine’s civil-military cooperation department said although this transfer was part of international protocol, the Kremlin had not asked for the bodies to be returned.

Read also: Israel is said to have agreed to supply the Blue Spear Advanced Missile System to Ukraine

“Several hundred bodies of (Russian) invaders are stored here. There are several stocks of such trains on Ukrainian territory. They will be stored here until a decision is made at the interstate level to transfer these bodies,” said Colonel Volodymyr Lyamzin of the Ukrainian army. .

The Ukrainian side is ready to hand it over tomorrow or even today. However, so far there has been no request from the Russian side to receive these bodies,” Lyamzin added EuronewsSunday (15/5/2022).

Moscow has allegedly ignored repeated offers for war dead bodies to be returned, while Ukrainian officials say Russia is more concerned with covering the scale of the losses and is willing to abandon its troops.

Also read: The First Call of the Russian and US Defense Ministers since the Ukraine War, Here’s What’s in it

The Kremlin claims to always pick up the bodies of victims. However, they have not provided casualty figures since late March, when Moscow claimed that 1,351 Russian soldiers had been killed and 3,825 injured since the invasion.

According to Western estimates, the Russian military has suffered more casualties in Ukraine in two and a half months than Soviet troops did in Afghanistan during a decade of Soviet occupation in the 1980s.

On Friday the Ukrainian military estimated the Russian death toll to be around 26,900. However, this figure could not be confirmed.