Identical to Curly Hair, Peek at Zendaya’s Charm with Straight Hair that is No Less Charming! 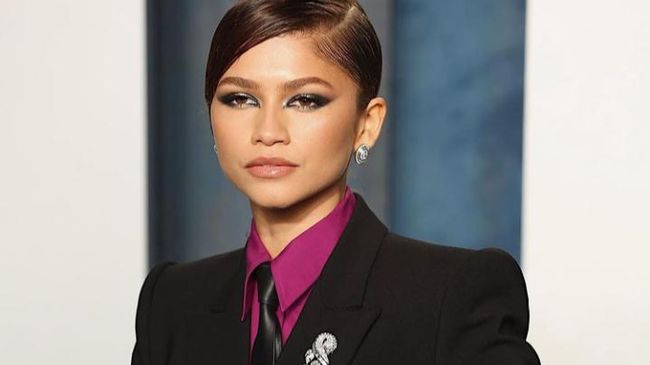 While attending Billboard Music Awards in 2016, Zendaya looked stunning with bralette color peach from the Calvin Klein collection and paired with a skirt maxi with the same color. Zendaya’s appearance is even more perfect with her hair flowing straight.

Doing a photo shoot in Corinthia during the London Film Festival, Zendaya looked so stunning. The beautiful actress is wearing a chain harness Vivienne Westwood corset and brown plaid skirt. Not only that, the appearance of her straight bangs managed to show Zendaya’s sweet and sexy side at the same time.

Zendaya’s appearance with straight hair when she was a guest on the Tonight Show attracted attention. Pairing a dress from Sies Marjan with heels from Christian Louboutin made Zendaya’s appearance even more sparkling at the event hosted by Jimmy Fallon.

Unique appearance at the premiere of Spider-Man: Far From Home, Zendaya wore a dress from Armani Privé made of sequins. Backless dress this is combined with heels black Christian Louboutin. Don’t forget Zendaya’s straight, flowing hair which is a bit redder in color.

At the premiere of The Greatest Showman, Zendaya managed to attract attention with a bob haircut. This hairstyle has also managed to become a 2018 summer hairstyle trend.

Those are 6 portraits of Zendaya with her straight hair that is no less charming. Even though it’s identical to curly hair, do you agree that Zendaya does look good with any hairstyle?

Prediction Liverpool vs Tottenham in the Premier League, 8 May 2022