8 Cheats that are often used in Mobile Legends, be careful getting banned 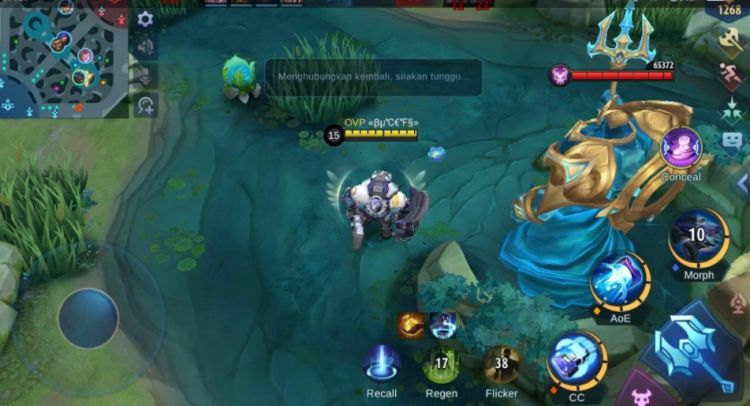 Memories of Eril being a wedding car driver, until she fell asleep on the stairs

Newsdelivers.com – Mobile Legends: Bang Bang is one of the most popular multiplayer online battle arena (MOBA) games. This game brings together 10 players in two teams of five from each team.

In a familiar game called Mobile Legends (ML), each team must work together by developing various strategies in order to win a match. Not infrequently there are also players who have high skills to make it easier for a team to achieve victory.

However, in this game, there are many cheats that are used to get victory, one of which is using cheats. Of course, this cheating will have an impact on other players who want to play Mobile Legends in a sporty manner.

Not only that, some players also complained that players who used cheating in the form of cheats made the game not fun to play. The probability of losing will increase thanks to cheating committed by a player in the game.

With regards to the cheats in Mobile legends, here are the following: brilio.net summarized from various sources on Monday (14/3), 8 Cheats that are often used in Mobile Legends

By using this cheat, cheaters can approach the opponent to eliminate enemy heroes. Of course this method will be very detrimental to opposing players because their position will be very easy to know thanks to this Map Hack cheat.

By using the Drone View cheat, cheaters have a wider view than other players in general. This cheat is almost the same as the Map Hack, which makes it easy for users to find out the location of every opponent on the map.

In the Mobile Legends game, each skill of each Hero has a Cooldown time. Moonton has set the cooldown time for each hero skill according to its effectiveness.

However, by using this cheat, cheaters can shorten the cooldown time of each hero so that they can be used continuously. Of course this cheating will make the opponent feel surprised thanks to the skill that has a cooldown that is so fast.

This cheat will give very high damage to the opponent’s hero. With this cheat players who use it will easily eliminate enemy heroes.

In the unlimited mana cheat, the hero used by the player will not run out of mana even though he doesn’t buy which item regenerates. This cheat will make every player who uses it does not need to return to base to refill his mana.

With this cheat, the enemy of the cheater will experience lag when dealing with the hero used by the cheater. Of course this will be detrimental for opposing players because every time they meet a player who uses cheats, the hero they use can’t move because of lag.

Players who use this cheat will easily eliminate the opponent’s hero because the enemy is silent thanks to the resulting cheat.

When playing Mobile Legends with an Epic Rank and above, every time you make a match there is a session to choose a hero called a draft pick. Each player has the right to choose the hero they will use to play in a match.

By using this cheat, every player can use the desired skin without having to buy it first. While some of the skins sold in the Mobile Legends game have prices that can’t be said to be cheap.

Horror! Twice looting motorbikes, this sadistic robbery in North Sumatra turns out to be in the brains of mothers

Newsdelivers.com - The Collabonation stage, made by Indosat Ooredoo Hutchison (IOH), has been held online for 2.5 years. Now, the...

Newsdelivers.com - The song Don't Want To End, sung by a talented young singer Keisya Levronka, is currently trending among...

Memories of Eril being a wedding car driver, until she fell asleep on the stairs

Newsdelivers.com - After the death of Ridwan Kamil's son, Emmeril Kahn Mumtadz, stories about his kindness continue to flow on...

13 Recipes for processed enoki mushrooms with various spices, delicious and easy to make