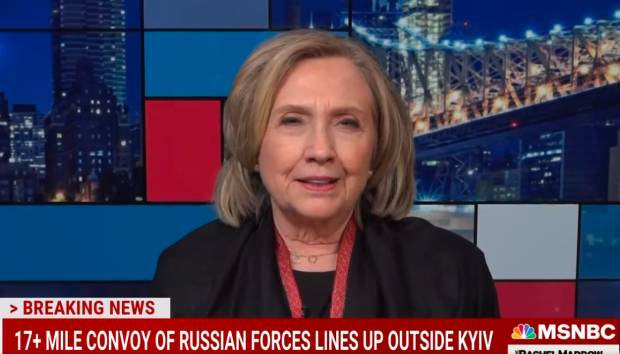 He said the same results might be achieved by helping arm the Kiev resistance as the US-backed Mujahideen fighters fought their Cold War rival, the Soviet Union.

“Remember, Russia invaded Afghanistan in 1980,” said the former US presidential candidate and former secretary of state Monday (28/2/2022) in an MSNBC interview.

He added, “And even though no country is coming in, they certainly have a lot of countries supplying weapons and advice and even some advisers to those recruited to fight Russia.”

Read also: Syria: West will not hesitate to arm the devil against Russia

As Clinton noted, the Afghanistan war “did not end well” for the Soviet Union, despite its status as a military superpower.

Moscow gives its version of military losses in Ukraine Moscow gives its version of military losses in Ukraine