9 Portraits of Rebecca Tamara and Leo Consul, Highlighted Due to the soap opera TMTM

Becoming a Witness, Former Personal Staff of Ferdy Sambo Admits He Didn’t Know There Was an Investigation Case on the Death of Brigadier J

Article 603 of the New Criminal Code Reduces Penalties for Corruption, KPK Chairperson Admits Not Worried: We Have Our Own Law

Suara.com – Rebecca Tamara and Leo Consul uploaded an apology about the soap opera they starred in, “Forced to Marry Young MasterIt is known that the soap opera has received criticism for shooting at the location of the Mount Semeru eruption in Penanggal Village, Lumajang, East Java.

The filming of the soap opera was judged to have no empathy. Being highlighted because of the soap opera controversy, let’s take a peek at the portraits of Rebecca Tamara and Leo Consul at “Forced to Marry Young Master“.

1. Because of filming in a refugee location for victims of the eruption of Mount Semeru, the soap opera “Forced to Marry Young Master” flooded with criticism. The names of Rebecca Tamara and Leo Consul were dragged along because they were filming there.

2. In the soap opera, they play characters named Amanda and David. Rebecca who plays Amanda is told as a volunteer at the Mount Semeru eruption post.

3. While on duty as a volunteer, Amanda meets David, played by Leo Consul. It is said that David came to the evacuation post to provide assistance to victims of the eruption of Mount Semeru.

4. On social media, Rebecca Tamara has written her apology. “I admit my mistake for accepting the scene as directed. I’m not here to defend myself on this,“he said.

5. In line with his co-star, Leo Consul also apologized. “I know my apology cannot atone for my wrongdoing, but it is my moral obligation to speak out for the pain I have caused.” he said.

6. Meanwhile, the soap opera party claimed to have obtained permission and sent an official letter related to their shooting activities. However, the Regent of Lumajang emphasized that the filming did not have a permit.

7. Several volunteers at the scene admitted that they were disappointed with the filming of the soap opera. Moreover, there are still many victims buried in Semeru’s material.

8. Residents of Lumajang through social media called for a boycott of the soap opera because it was considered to have no empathy. “Your team came to the refugee camp just to shoot a movie, plus the actors and actresses had a hug scene in front of the kids. It really hurts our hearts, “the boycott message sounded.

5 Causes of Lumps in the Breasts, Apart from Blocked Breast Milk Becoming a Witness, Former Personal Staff of Ferdy Sambo Admits He Didn’t Know There Was an Investigation Case on the Death of Brigadier J

Suara.com - Ferdy Sambo's former personal staff, Novianto Rifai was questioned by the Public Prosecutor (JPU) in the obstruction of... 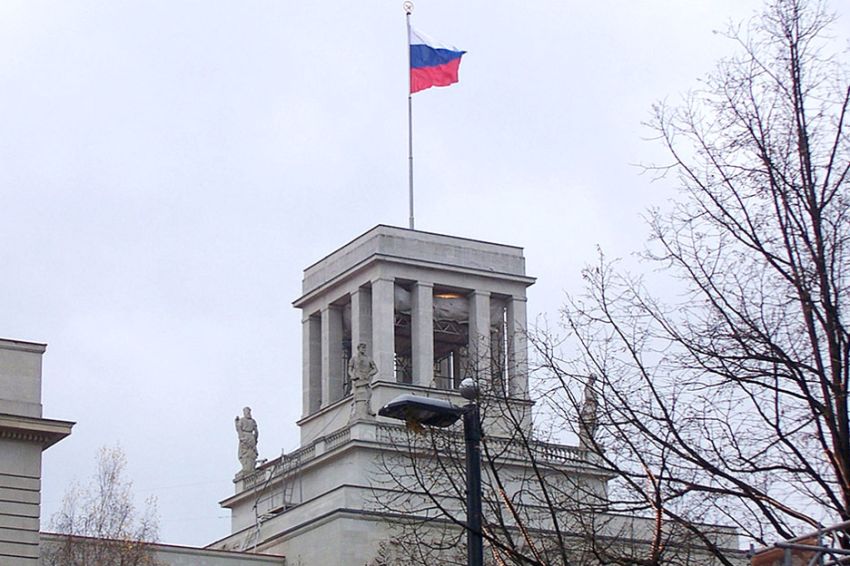 loading...Russian Embassy in Berlin, Germany. Photo/The Moscow Times BERLIN - Embassy Russia in Berlin has denied having any links to... Article 603 of the New Criminal Code Reduces Penalties for Corruption, KPK Chairperson Admits Not Worried: We Have Our Own Law

Suara.com - KPK chairman Filri Bahuri finally spoke out about the existence of Article 603 in the new Criminal Code... It’s enough to remember the beautiful past, take a peek at 10 intimate portraits of Luna Maya and Reino Barack when they were still dating

Suara.com - Rumors of a rift in the Syahrini household brought up the past of her husband, Reino Barack, again....