CIA Consultant Turns Calls US on the verge of Civil War 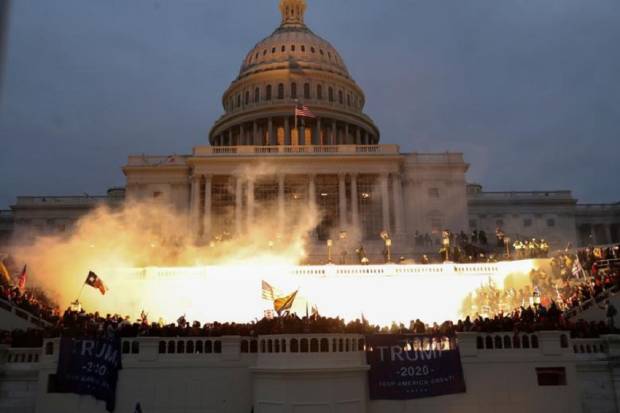 Donald Trump supporters storm the US Capitol building after Trump was defeated by Joe Biden in the presidential election, January 2021. Photo/REUTERS

WASHINGTON – A consultant to the Central Intelligence Agency (CIA) revealed that United States of America (USA) is on the verge of civil war. The riots at the US Capitol in January were the first sign.

“The US is on the brink of civil war, having gone through the so-called ‘pre-insurgency and ‘new-start conflict’ phases,” said Barbara F Walter, a member of the advisory panel of a CIA task force designed to assess political instability in the world, in her book. quoted The Washington Post, Tuesday (12/21/2021).

Read also: US is predicted to have civil war and chaos after the 2024 election

Last month, the United States was rated by the Stockholm-based International Institute for Democracy and Electoral Assistance as one of the “backward democracies”. Institution think tank it noted that Washington had become “a victim of authoritarian tendencies themselves”.

“We are closer to the civil war than we would like to believe,” continued Walter.

“No one wants to believe that their beloved democracy is in decline, or heading for war…. If you were an analyst in a foreign country looking at events in America—the same way you would look at events in Ukraine or Ivory Coast or Venezuela— You will see a checklist, assessing every possible condition for civil war to occur.”

According to Walter, the US has entered a very dangerous zone, especially following the deadly riots at the American Capitol that occurred in January 2021.

Analysts voiced concern that the event could pave the way for the US to slip into its third phase of open insurrection.

Walter went on to suggest that Donald Trump’s tenure in the White House had resulted in the US no longer technically qualifying as a democracy.

US President Joe Biden said the US was in a stronger position than any other country to navigate today's global...

Suara.com - The United States Embassy in Indonesia has opened a number of job vacancies. The following is a list...

Speaking from the presidential palace in Caracas, on Monday (26/9), Venezuelan President Nicolas Maduro welcomed the official reopening of the... No kidding! Bawaslu Wants ASN to Maintain Neutrality and Not Be a Buzzer in the 2024 Election

Suara.com - The buzzer phenomenon is often in the spotlight in democracy in Indonesia. The Election Supervisory Body (Bawaslu) has...