Tragic! 13 Residents Killed by Soldiers Shot After Returning from Coal Mine 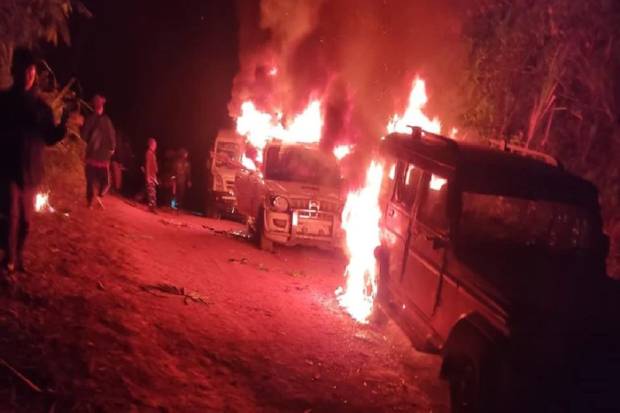 MON NAGALAND – At least 13 civilians shot dead by the army in the state of Nagaland, India , Saturday (4/12/20221) evening local time. Allegedly, the army mistook the civilians who had just returned from working in the coal mines for militant groups in India’s remote northeastern region.

“Fourteen people, 13 civilians and a soldier were killed in a shooting incident between Oting and Tiru villages in Mon Nagaland district on Saturday night,” Police Inspector Imnalensa confirmed, as quoted by India Today.

According to an official, a group of day laborers from Oting village were returning from the coal mine in a pick-up truck when they were allegedly shot by security forces. Local sources said that volunteers from the village had been looking for them, as they had not returned for several hours and found their bodies in the van.

In anger, local residents reportedly set fire to two vehicles belonging to the security forces. “The situation is now under control and police are conducting on-site verification,” the official continued.

In an official statement, the Assam Rifles said special operations had been planned in the area “based on credible intelligence on possible rebel movements”.

“The incident and its aftermath are deeply regrettable. The cause of the unfortunate loss of life is being investigated at the highest level and appropriate action will be taken in accordance with the law,” the statement added.

As per the Assam Rifles statement, one soldier was killed and several others were seriously injured in the incident. A police official said the operation was carried out based on input on militant movements from the Yung Aung faction of the outlawed faction NSCN (K), which is based in Myanmar.

Responding to the incident, the Chief Minister of Nagaland, Neiphiu Rio admitted that he strongly condemned the incident. “A “high-level” special investigative team will investigate the case to ensure justice is served. We call for peace from all walks of life,” he said.

Rio, who was in Delhi at the time of the incident for a meeting with Indian Defense Minister Rajnath Singh, rushed back to Kohima to hold an emergency meeting on the incident.