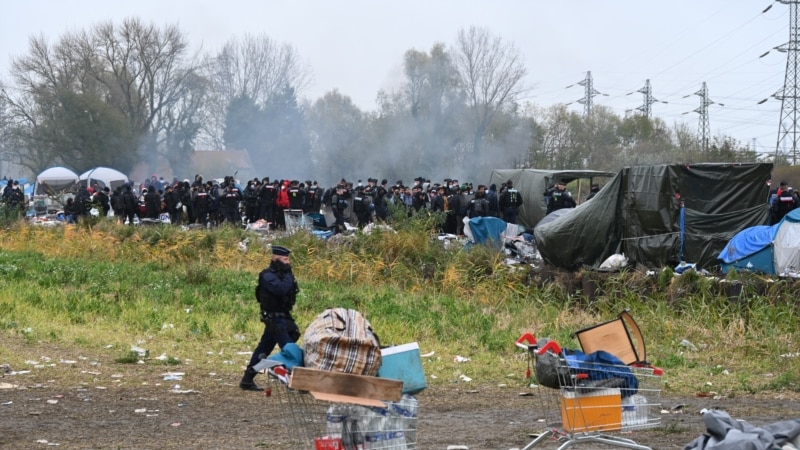 French police cleared a main migrant camp on Tuesday that is home to about a thousand people hoping to reach Britain, amid tensions between London and Paris over crossings in the English Channel.

A record number of migrants, 1,185, crossed the strait in small boats last Thursday, which the British government described as “unacceptable.”

French Interior Minister Gerald Darmanin spoke with British Home Secretary Priti Patel on Monday, after she gave an outspoken interview in which she said Britain should “stop using us as a hitting ball in their domestic politics.”

On Tuesday morning, Darmanin announced that “by his orders” police had cleared a camp at Grande-Synthe, near the port of Dunkirk, which is one of the main departure points for the UK.

“Thanks to the police who have taken action and our security forces in the north who found the tents,” added Darmanin.

French police regularly clear camps around Calais and Dunkirk, offering migrants there the opportunity to apply for asylum in France and move to shelters. The offer was rejected by many migrants as they prefer to continue their journey to the UK. [lt/uh]

Arrested by Densus, Member of the MUI Fatwa Commission, Ahmad Zain, turns out to be in the position of the JI Syuro Council