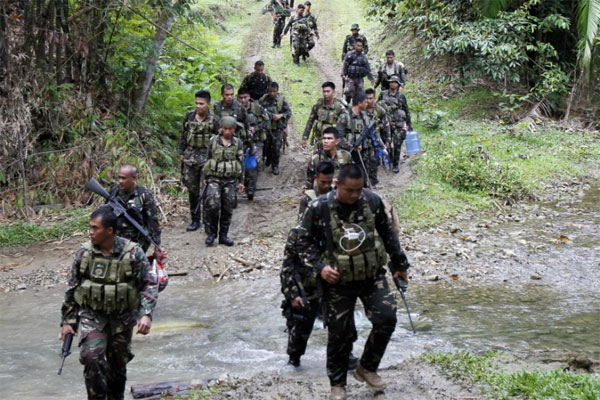 MANILA – The Philippine military said it had succeeded in killing the supreme leader of the Daulah Islamiyah militant group, Salahuddin Hassan. It is a group suspected of carrying out a series of deadly attacks in the south of the country.

“Salahuddin Hassan was killed in a clash with government forces in Talayan, Maguindanao province in the early hours of Friday (10/29/2021),” the Philippine military said at a press conference, as quoted by Arab News, Sunday (10/31/2021).

“Salauddin Hassan, also known as Orak, the overall emir of the Daulah Islamiyah-Philippines and the most wanted terrorist of the Daulah Islamiya, was incapacitated by government security forces during a joint military and police operation in Sitio Pinareng, Barangay Damablac, Talayan, Maguindanao this morning, 29 October 2021,” said Army Head of the 6th Infantry Division and Joint Task Force Central Commander, Major General Juvymax Uy.

He added that Hassan’s wife, Jehana Mimbida, who reportedly managed the group’s finances, was also killed when they tried to evade arrest. Their bodies were found along with rifles and ammunition magazines.

Also known as Abu Salman and Abu Saif, Hassan and his group have been blamed for bombings, extortion and other attacks in Central Mindanao between 2007 and 2015. He was trained by slain Filipino bombmaker Basit Usman and Malaysian militant Zulkifli Abdhir, or Marwan, who included among the most wanted terrorists in Southeast Asia.

Read: Philippines: We Are Invaded by Foreign Militants

In 2018, the group was behind twin bombings that killed five civilians and injured 40 others in the town of Isulan in Sultan Kudarat province. The military described Hassan’s death as a major blow to the militant group.

“With Hassan’s death, the Daulah Islamiyah terror group is almost over,” said Uy. “With the help of the community and other stakeholders, we were able to defeat this terrorist group and realize our desire for a safe and peaceful community,” he continued.

Apart from Daulah Islamiyah, several other ISIS-inspired groups are still active in Mindanao. This includes the Abu Sayyaf, which is notorious for bombings, kidnappings for ransom, assassinations and extortion.

When You Feel Lonely, Here’s How To Stay Comfortable Even When You’re Alone