Reveals Old Case, Hillary Clinton’s aide admits to having experienced sexual assault from a US senator 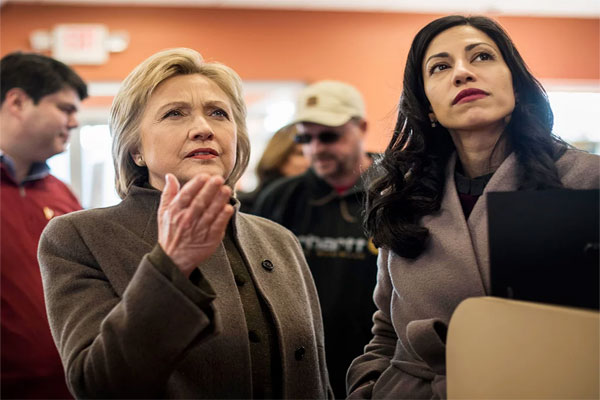 WASHINGTON – Huma Abedin, close aide Hillary Clinton , has written in a book soon to be published, that he was sexually assaulted by a senator United States of America (US). This incident he had buried long ago, until the charges against Supreme Court Justice Brett Kavanaugh sparked his memory years later.

Abedin makes the surprising claim in a memoir, Both/And: A Life in Many Worlds, to be published next week. The Guardian obtained a copy. Abedin did not name the senator or the senator’s party, or provide any other clue as to his identity.

Read: Without evidence, Hillary and Pelosi accuse Putin of masterminding the Capitol raid

Abedin detailed his assault took place when he and the Clinton family came to attend Donald Trump’s wedding to his third wife, Melania Knauss, in Palm Beach, Florida, in January 2005.

Abedin, who was born in Michigan but raised in Saudi Arabia, wrote: “I felt like I was in an Arab wedding back home”. Abedin attended a dinner attended by “several senators and their aides”, but not Clinton.

“I ended up walking out with one of the senators, and soon we stopped in front of his building and he invited me in for coffee. Once inside, he told me to make myself comfortable on the couch,” Abedin writes in his book.

He said the senator took off his blazer, rolled up his sleeves and made coffee as he continued to speak. “Then, in an instant everything changed. He plopped down to my right, wrapped his left arm around my shoulder, and kissed me, shoving his tongue into my mouth, pressing me back onto the couch.

“I was so shocked I pushed him away. All I want is the last 10 seconds to be erased,” he wrote. Abedin said the senator looked taken aback, then apologized and said he had “misread”.

I thought it was just Gemini, it turns out that these 3 Zodiacs are also the same as talking, aka Talking