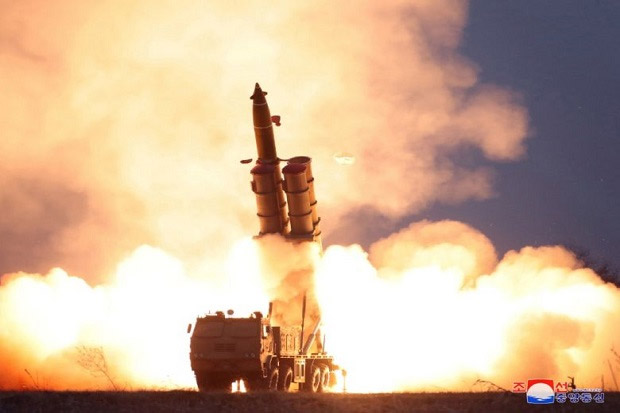 SEOUL – State media North Korea (North Korea), KCNA reported that Pyongyang had fired anti-aircraft missile newly developed on Thursday. This is the latest in a series of recent weapons tests amid deadlocked denuclearization talks with United States of America (AS).

According to KCNA the tests carried out by the Academy of Defense Sciences, North Korea’s military weapons developer, were aimed at confirming the practical functionality of the missile launcher, radar, comprehensive combat command vehicle and combat performance.

North Korean leader Kim Jong-un did not appear to have attended the test, which was overseen by Pak Jong-chon, a member of the politburo and the ruling Workers’ Party Central Committee.

North Korea previously said it had test-fired a new hypersonic missile on Tuesday. The munitions were fired from northern Mupyong-ri in Jagang province at around 06:40 local time and landed in the East Sea otherwise known as the Sea of ​​Japan.

Also read: Surprisingly, the missile fired by North Korea turns out to be a hypersonic missile

On September 15, North Korea launched two ballistic missiles into the Sea of ​​Japan, which fell in Japan’s exclusive economic zone. According to South Korea’s Joint Chiefs of Staff, the missile traveled about 800 kilometers and reached a maximum altitude of about 60 kilometers.

The effect of the character itself, these 5 zodiac signs are called vulnerable to depression, here’s the explanation!