The match between Real Madrid vs Sheriff Tiraspol will take place at the Estadio Santiago Bernabeu, Wednesday (29/9/2021) early morning Indonesian time. Kick-off is scheduled to take place at 02.00WIB.

Both teams both started their work in the Champions League this season with wins. Real Madrid managed to overcome Inter Milan with a score of 1-0 in matchday first. While the Sheriff bend Shakhtar Donetsk two goals without reply.

Real Madrid is the most successful club in the Champions League with a collection of 13 titles. Meanwhile, the Sheriff has qualified for this competition for the first time, but managed to score a convincing victory in the inaugural match of the group phase. 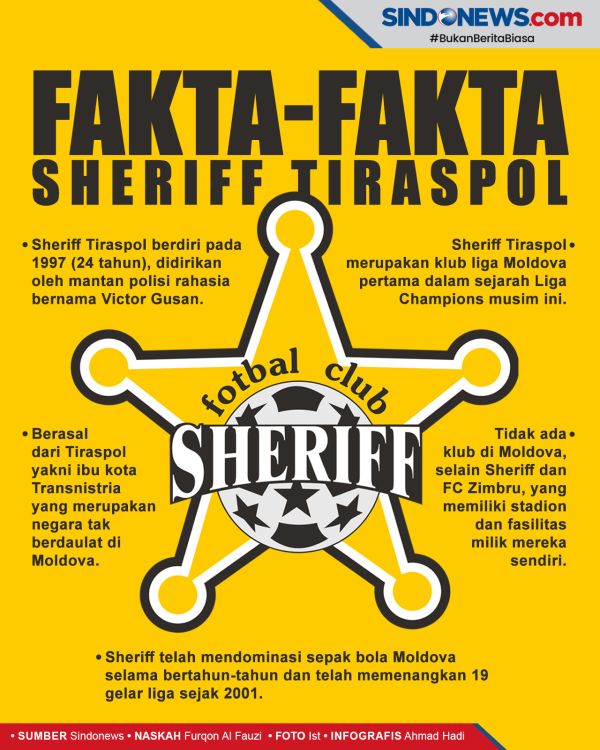 Even though they are more favored to win, Real Madrid must not look at the Sheriff with one eye. Moreover, Carlo Ancelotti’s squad had just been held to a goalless draw with Villarreal – which marked an alarm for Los Blancos.

Real Madrid have also won five of their 12 home games in all competitions this season. Seeing the surprises that the Sheriff has made, this match is predicted to be quite interesting.

The home squad will struggle without the likes of Ferland Mendy, Dani Ceballos, Dani Carvajal and Gareth Bale who is still injured. The good news is that Toni Kroos and Marcelo have returned to the post-injury squad.

In the Sheriff’s camp, Lovro Bizjak is confirmed to be absent against Real Madrid due to injury. However, left-back Cristiano, who provided two assists in the win over Shakhtar Donetsk, could return.