Who is Oleksandr Usyk? Usyk’s journey of life began when he was born in the Crimean region of Ukraine in the city of Simferopol in 1987. With a poor family background, Usyk thinks sport is the only hope to change his destiny. ”As a child, I did some wrestling, hand-to-hand combat, karate but without fanaticism,’ said Usyk reminiscing about his past.

However, it seems that life in football is more likely a way out of poverty in Simferopol. Until the age of 15, Usyk was in the academy of Ukrainian Premier League club SC Tavriya Simferopol.

But playing football was too expensive for his parents, and he picked up his first pair of boxing gloves in 2002. ”(I) played for Tavria from Simferopol, and I did pretty well. I was never a bench warmer, I was always a starter,” Usyk said.

“Football demands very serious costs. And two or three hundred hryvnia is quite a large sum for my parents. Boxing is simpler, friendlier. The coach gave me the gloves, his wife sewed them into the right shape.
The only thing that costs my mother money is travel tickets,”he explained. 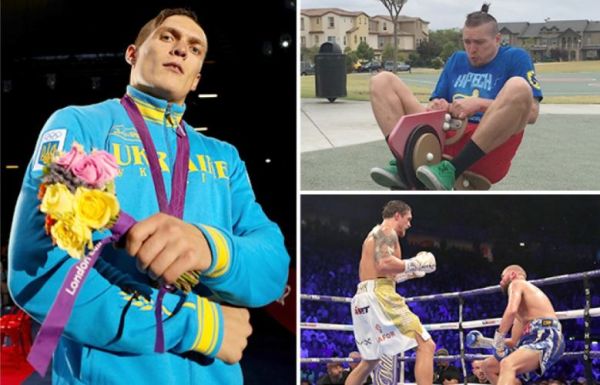 Usyk has also been a fruit seller and farm laborer in order to survive. Yes, he was also a cattle herder on a farm and sold apricots and ice cream before becoming a boxer. All that he did to help them stay alive.