The Story of a Thai Durian skipper Holds a Match Finding Competition for his Daughter with Prizes of IDR 4.2 Billion 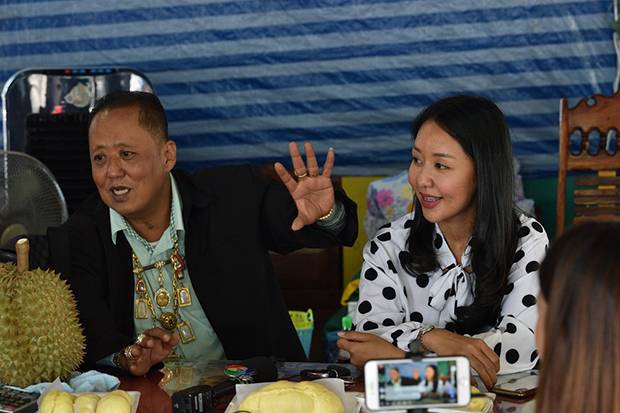 BANGKOK – Anont Rotthong’s name shocked the virtual world in 2019. Because, durian boss origin Thailand it had time to make a competition to find a mate for his daughter, with a fantastic prize.

Anont, who runs two durian markets in Chumphon, previously said he would give $314 thousand in cash, a car, a house and a durian plantation to the man who could win his daughter’s heart.

One of the main conditions is that they must have the skills needed to take over his durian empire. Read also: Indonesian Ambassador to Bangkok Invites Thai Investors to Encourage Bilateral Investment Cooperation

“Anyone who knows how to buy and choose durian, and source fruit from the garden can take my daughter,” Anont said at the time, as reported by Channel News Asia on Monday (27/9/2021).

“I won’t ask him for a single baht in dowry, but will give him $314k in cash, 10 vehicles, a house, two durian markets, and a daughter who graduated with honors from Assumption University, and has a master’s degree from Sun Yat-sen University in China. ,” he continued.

However, a few days after releasing the contest, Anont announced in another Facebook post that he was no longer accepting applications. He said that 10,000 people had responded to the contest and he was tired of receiving hundreds of calls every day. Moreover, he also did not have a large enough place to accommodate all of them.

“Interested son-in-law, please stop calling me. I am really tired because my phone is always ringing. Let me rest,” he said. Also read: This woman threatens to break up if her family does not attend her wedding abroad

Kanjasita Rotthong, the daughter of Anont, said she respected her father’s methods of helping her find a husband. But then said that whatever the outcome of the contest was, the final decision was his.

The contest was eventually discontinued by Anont less than a week after its release, as it had become too disruptive to his family and business. However, Anont said he would still give the money USD314,000 to anyone who married his daughter in the future.

Interesting Facts Behind Korean Music Shows, Could Be a Place to Approach?