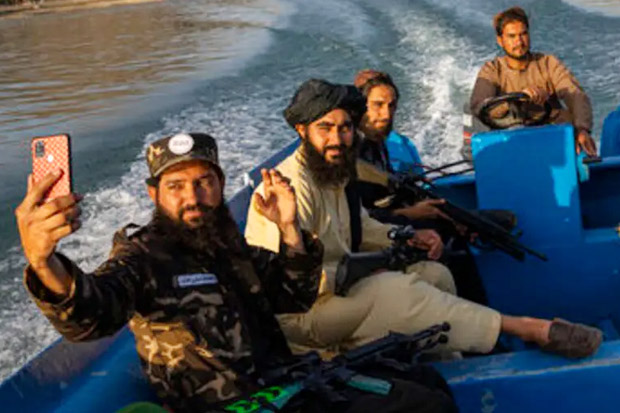 ACCEPTANCE – Group Taliban warns its fighters not to walk around tourist spots and take photos selfie to post on social media . The Taliban stressed that the activities undermined the group’s status, the Wall Street Journal reported.

Thousands of Taliban fighters were deployed to the capital Kabul after the group took control Afghanistan on August 15th.

“When off duty, they look around, picnic and visit amusement parks, in guns and turbans. Taliban fighters from elsewhere in Afghanistan also come to see Kabul on tourist trips,” the Wall Street Journal reported.

The Defense Minister of the Taliban government Mawlawi Mohammad Yaqoob scolded the Taliban fighters for their behavior.

“Stick to the task that has been assigned to you. You are ruining our status, which has been made with the blood of our martyrs,” he said as quoted from Al Arabiya, Sunday (26/9/2021).

He specifically warned fighters against taking selfies with Taliban leaders when they found the fighters and posting pictures on social media for betraying information about the location and activities of group members.

He also criticized the way Taliban fighters dressed, ordering them to maintain their beards, hair, and clothing in accordance with the group’s harsh interpretation of Islamic rules.

Said to be dirty until he was suspected of using drugs, became acquainted with the ‘Male Body Shaming’ experienced by Dikta