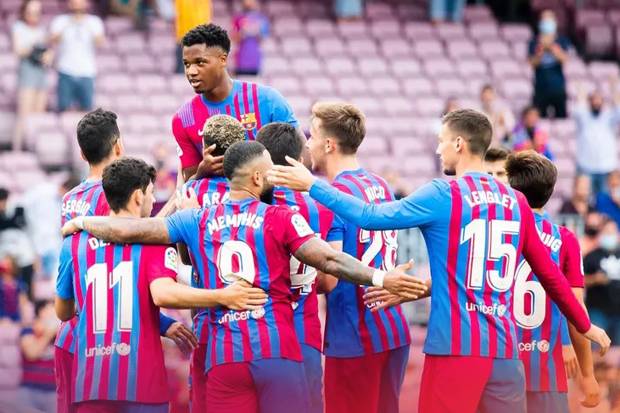 BARCELONA – Barcelona did not want to celebrate too long the euphoria of the 3-0 victory over Levante. The reason is, there is one other very crucial match, namely facing Benfica in the preliminary round of Group E Champions League .

Assistant coach Barcelona , Alfred Schreuder, said that the Blaugrana will focus on playing against Benfica in the Champions League. The match will be held in Da Luz, Thursday (30/9/2021) at 02.00 WIB.

Barcelona must win in order to open the opportunity to qualify from the preliminary round of Group E of the Champions League. Previously, Barcelona suffered a crushing defeat to Bayern Munich 0-3 at home.

Barcelona also intends to improve defense and appear more aggressive than before. “We know the match against Benfica is very important. We have to start with a strong and aggressive defense and discipline,” said Schreuder, quoted from Marca, Monday (27/9/2021).

Reaching full points is our target Barcelona . Therefore, they will focus on the Champions League for a while before returning to thinking about the Spanish League against Atletico Madrid.

“We will concentrate on this match. And then focus on Atletico,” added the Dutchman.

Other than that, Barcelona is now said to be more confident going into important matches after several of his players have recovered from injury. Now the Catalan Team is even more confident that it will soon return to show its best abilities.

“Everyone is happy. They are happy with the way we played. We went through the game well as a team and had a lot of possession. I think the team is satisfied. Ansu’s return has helped and the relationship with the fans is very good,” concluded Schreuder.

5 Stories of Narji who now chooses to farm, invest in rice fields in Pekalongan

5 Stories of Narji who now chooses to farm, invest in rice fields in Pekalongan