Power Takeover Protest, Thousands of Tunisians Take to the Streets 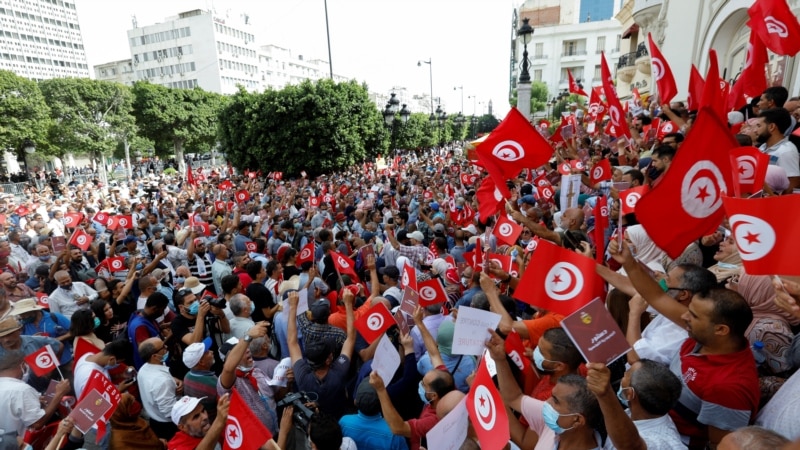 Thousands of demonstrators on Sunday (26/9), gathered in the Tunisian capital to protest President Kais Saied’s usurpation of power, calling for him to resign immediately.

Saied this week overruled most of the 2014 constitution, giving himself the power to govern by decree two months after he sacked the prime minister, suspended parliament and assumed executive authority.

“The people want an end to the coup,” shouted the crowd on Habib Bourguiba Ave, the main site of the demonstrations that ended the leadership of President Zine El Abidine Ben Ali on January 14, 2011. “Retreat!” shouted the crowd.

Police defended around the demonstration site and erected barricades.

The crisis has jeopardized the democracy that was built in Tunisia in the 2011 revolution that sparked the Arab Spring protests and slowed efforts to address pressing threats to public finances.

Saied said his actions – which his political opponents called a coup – were needed to overcome this crisis of political paralysis, political stagnation and the poor response to the outbreak of COVID-19. He promised to uphold basic rights and would not become a dictator. [em/rs]

Oleksandr Usyk’s Cry and the Historic Victory of Ukrainian Boxing Oleksandr Usyk's Cry and the Historic Victory of Ukrainian Boxing