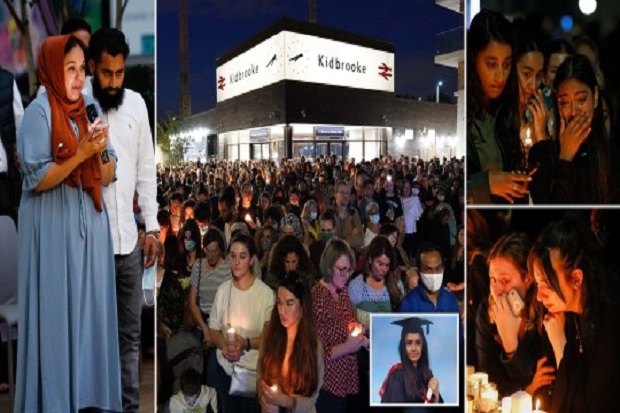 LONDON – The death of a Muslim teacher in English , Sabina Nessa, 28, as a result of being killed has made thousands of local residents sad and angry. They had gathered to light candles of mourning last week.

Meanwhile, British police on Monday (27/9/2021) announced that a suspect in the murder of Nessa had been arrested.

The young teacher’s body was found by residents in a park in London on September 17, 2021. The body of the Rushey Green Primary School teacher was hidden by the suspect under a pile of leaves.

Nessa’s relatives on Sunday visited the site of her murder to read the tribute from thousands of grieving members of the community.

Jebina Yasmin Islam, Nessa’s sister, read some of the condolence cards given to the brilliant young teacher.

Jebina also collected a white box with Nessa’s picture on it from the organizer of the event, Annie Gibbs.

Nessa was murdered while on her way to meet a friend at a pub near her home in Cator Park, Kidbrooke, on September 17. His body was found by members of the public the next day.

Jebina’s feelings were crushed as she spoke to the many grieving people.

The Parade of Legendary Supermodels at the Versace Collaboration Collection Fashion Show with Fendi, Who’s Your Favorite? – Photo 1