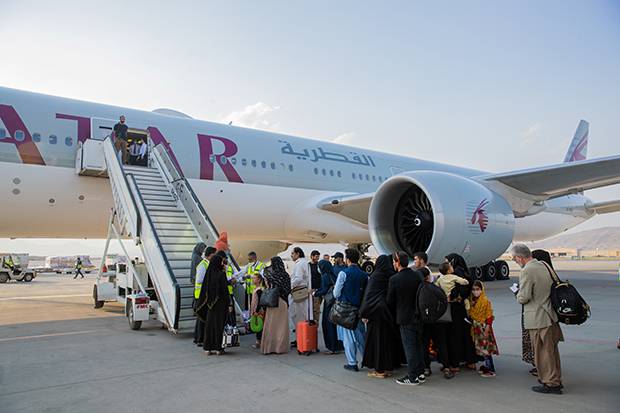 ACCEPTANCE – The Taliban government in Afghanistan requested international flights to resume. Taliban promised full cooperation with the airline and said the problem at Kabul airport had been resolved.

The statement from the foreign ministry comes as the new government has stepped up efforts to open up the country and gain international acceptance after the collapse of the Western-backed government last month.

A number of relief and passenger flights have been operating from the airport. But normal commercial services have not resumed since the chaotic evacuation of tens of thousands of foreigners and Afghans at Kabul airport.

The airport, which was damaged during the evacuation, has been reopened with the help of technical teams from Qatar and Turkey. Also read: Russia and the Taliban Discuss the Possible Visit of a Kabul Government Delegation to Moscow

Several airlines including Pakistan International Airlines have offered limited flights to and from Kabul. However, ticket prices are reported to be many times more expensive than usual.

“Because the problems at Kabul International Airport have been resolved and the airport is fully operational for domestic and international flights,” he said, as reported by Reuters on Sunday (26/9/2021).

“The IEA assured all airlines of its full cooperation,” he continued, using the acronym for the Islamic Emirate of Afghanistan, the Taliban’s term for their new government. Read also: ISIS-Claims Series of Attacks on Taliban in Jalalabad

Since taking power, the Taliban has struggled with a severe economic crisis and has faced pressure on issues ranging from girls’ education, to allegations of retaliation against former officials, and other citizens linked to the previous government.

Iraqi government rejects request for normalization of relations with Israel Iraqi government rejects request for normalization of relations with Israel