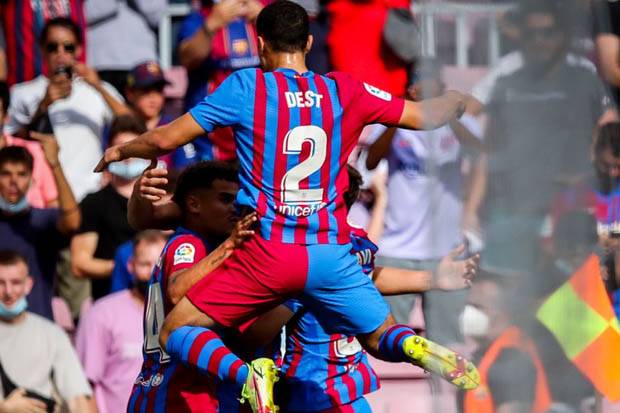 The Blaugrana managed to win after only drawing in the previous two matches. Their three goals were created by Depay in the 6th minute, Luuk De Jong in the 14th minute and Ansu Fati at the end of the second half.

The course of the first round match, Barcelona immediately stepped on the gas from the beginning of the first half. They were 1-0 up when the game had just been running for six minutes through the penalty spot.

The penalty was awarded after Memphis Depay was fouled in the box by Nemanja Radoja after an individual action. The Dutch player also successfully executed the ball into the bottom left corner of the goal.

Read also: Liverpool won twice but ended in a draw, Henderson was disappointed

After that, Ronald Koeman’s troops continued to dominate the game and created several chances. They continued to press and did not give Levante a chance to develop the game.

The Blaugrana almost added to the lead through Depay two minutes before the break. The player with the number nine back went the ball but could still be denied by Levante goalkeeper, Aitor Fernandez. As a result, the score of 2-0 lasted until the first half was over.