The spokesman for the Papua Regional Police, Kombes Pol Ahmad Musthofa Kamal, said that a shootout occurred between joint TNI-Polri personnel and the KKB in front of the Kiwirok Police Station, Bintang Mountains Regency, Papua, Sunday (26/9) at around 04.50 WIT. One police officer died in the shootout.

“The shootout resulted in the death of one Nemangkawi Task Force personnel named Bharatu Posthumously Muhammad Kurniadi Sutio. He received a gunshot wound under his right armpit,” Kamal said in his official statement, Sunday (26/9).

“So the personnel returned fire and a shootout ensued,” said Kamal.

“At 07.43 WIT, the helicopter that evacuated the victims landed at Oksibil Airport. Then, the victim’s body was flown to Jayapura using a Smart Air charter plane, at 10.00 WIT,” explained Kamal.

Still, said Kamal, the body is currently at the Bhayangkara Police Hospital in Papua for medical treatment. The plan is that the posthumous body of Bharatu Muhammad Kurniadi Sutio will be flown to his hometown in Aceh Tamiang.

“Through (transit) Soekarno-Hatta Airport to Kualanamu Airport, Deli Serdang then to Aceh Tamiang,” he said.

Meanwhile, the spokesman for the West Papua National Liberation Army-Free Papua Organization (TPNPB-OPM), Sebby Sambom, said his party was responsible for the shooting.

“We, the military of TPNPB-OPM Kodap XV Ngalum Kupel are ready to face the arrival of thousands of TNI-POLRI troops in Ngalum Land. We will continue to fight at any time until Papua is independent,” he said, Sunday (26/9).

According to him, TPNPB-OPM had shot two joint TNI-Polri troops. However, they could not confirm how many people died as a result of the shooting.

“We can’t be sure yet, but the matter of how many died and how many were injured is their business. The most important thing is that our war will continue to exist until Papua is independent,” said Sebby.

This attack by KKB is not the first in Kiwirok District, Bintang Mountains. Previously, on September 21, 2021, a TNI member named Pratu Ida Bagus Putu reportedly died while securing the process of evacuating the body of Sister Gabriella Meilani from Kiwirok to Jayapura.

Quoting Kompas.com, due to the unfavorable security situation, a number of residents of the Kiwirok District chose to evacuate to a safer location. This was said by the Deputy Regent of the Bintang Mountains, Piter Kalakmabin.

Previously, on Saturday (25/9) a troop deployment was held at the Timika Indah Field to check the readiness of security personnel and supporting facilities for securing the XX Papua PON, especially in the Mimika cluster.

The Head of Security Operations for PON XX Papua, Brigadier General Suhendri, advised all security personnel to anticipate all forms of crime.

“During security, avoid the accumulation of members at one point. We need to spread out where every sector must be filled to anticipate the existence of evil intentions from criminals. We need to anticipate and do not underestimate the situation,” he explained. [aa/em]

French Ambassador: A lot of time and energy was devoted to a submarine contract with Australia 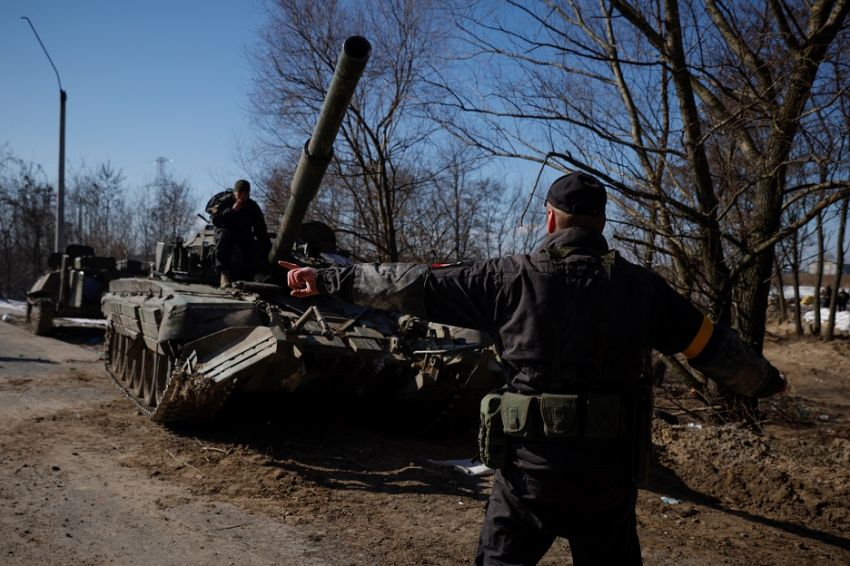