Out of self-isolation, Putin immediately goes fishing in Siberia 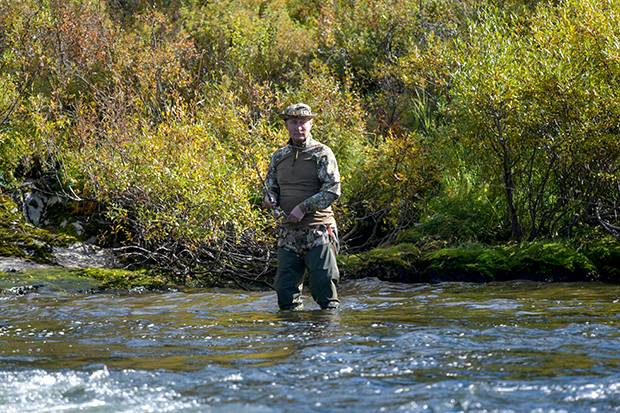 MOSCOW – Russian President, Vladimir Putin immediately went fishing in Siberia after complete self-isolation. Putin is self-isolating after a number of his bodyguards were confirmed to be infected with Covid-19.

As is well known, Putin said in mid-September that he would have to spend “a few days” in self-isolation, after dozens of people in his entourage became infected with Covid-19.

Because of this, he had to cancel his trip to Tajikistan for a meeting of regional security organizations, led by China and Russia. Also read: This is the wealth of the president in the world, Putin is the richest with IDR 996 trillion

“Putin has spent several days on vacation in Siberia, where he goes hiking and fishing,” the Kremlin said in a statement.

The Kremlin also published 20 photos of Putin standing in a river and catching fish, walking through lush meadows and talking to Russian Defense Minister Sergei Shoigu, who often accompanies him on vacations.

Putin himself has developed a macho image, appealing to many Russians. He once posed shirtless riding a horse and wearing glasses, carrying a hunting rifle, and piloting a fighter jet. This makes his latest vacation photos look very ordinary. Read also: European Court of Human Rights finds Russia guilty of killing Putin critic

Feeling Social Media Is Starting To Be Toxic, 5 Things You Need To Do To Make You More ‘Healthy’

“Tapering” and Normalization of Interest Rates by 2022 "Tapering" and Normalization of Interest Rates by 2022