Making a goal after being absent for 322 days, Ansu Fati is proud to use Messi’s number 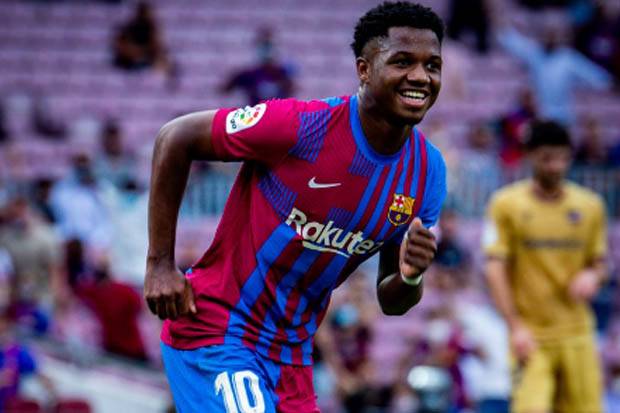 Success is important because it decided the two previous draws. Blaugrana -nickname Barcelona- need a win in the Spanish League to provide a little sense of security for Ronald Koeman whose position is threatened. They were able to answer the challenge and performed well against Levante.

Memphis Depay scored three goals each from the penalty spot in the sixth minute, followed by Luuk De Jong’s first goal for the Blaugrana eight minutes later. Then before the game ended, Ansu Fati perfected his team’s victory to 3-0.

The victory was also welcomed by Fati, who returned to play after 322 days out due to injury. He emphasized that a team as big as Barcelona must have a target to win all competitions that follow.

“We are Barcelona and we have to aim to win everything; La Liga, Champions League, all competitions. We have to fight and work for it,” Fati said.

Furthermore, the Spanish passport player also admitted that he was proud to have been given the number 10 jersey this season. He became the first person to inherit the number of club legend, Lionel Messi.

“I am proud to wear the number 10 after Leo (Messi). Thanks to the club and the captain for the opportunity.”

With these results, Barcelona now sits in sixth place in the Spanish La Liga 2021/2022 standings. They have collected 12 points from three wins and three losses.

“Tapering” and Normalization of Interest Rates by 2022