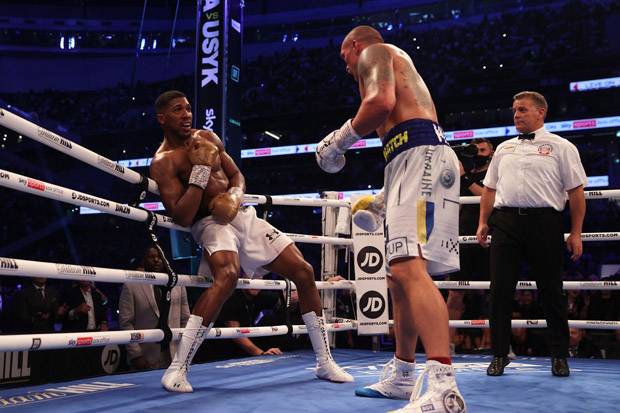 Whyte , who was beaten by Joshua in 2015, said Joshua had put in a poor fight at the Tottenham Hotspur Stadium. The former heavyweight champion added that Joshua should have knocked out his opponent in the first round, but that didn’t happen.

“If he (Joshua) comes out and bluffs him and pushes the pace and lets go of his hand, he can even knock him out in the first round. But Joshua looks like a shy boxer. You are the bigger man,” Whyte said.

“I don’t know, he has no ambition in the ring there tonight,” Whyte continued.

In a separate section, BBC Radio 5 Live Commentator Steve Bunce said Joshua will be disappointed to see his replay against Usyk. “Anthony Joshua would look at the fight and would say ‘I didn’t perform – I followed him around, I did all the things I was told not to do.’

“The key word here is disappointment. We all use it in different terms and I think AJ might even use it himself. We were expecting more; we wanted more. Why doesn’t he just try? Because even in the last five or six rounds he didn’t let go right.”

“Body shots are good, but that’s not part of what he’s trying to do.”

Bad appearance Joshua also voiced by former super middleweight world champion, Carl Froch. He said Joshua was not good enough. “All pure boxers who know his game, we always knew Usyk could beat AJ, beat him and beat him in points. Anthony Joshua did his part, he tried to box with him and train his body on time, but it wasn’t enough. He wasn’t good enough.” .

13 Food names on these labels confuse those who read

13 Food names on these labels confuse those who read