French Ambassador: A lot of time and energy was devoted to a submarine contract with Australia 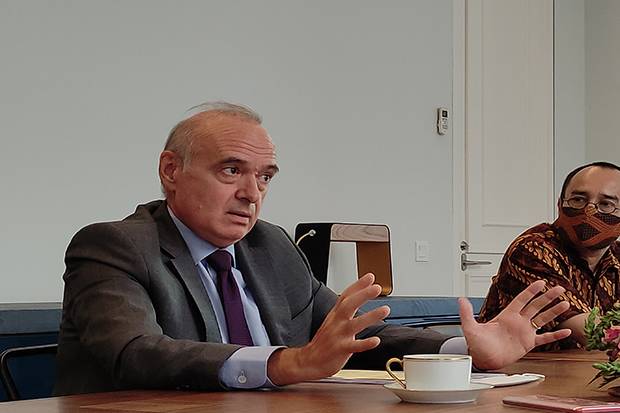 Chambard, while speaking with Indonesian journalists at his residence on Friday (9/24/2021), said Australia is a sovereign country, which is free to determine their own policies. However, he said, what Australia did to the French submarine contract was very unprofessional. Read also: If the Wells of Hell Are Inhabited, Science Makes Sure Not Arbitrary Creatures

He said that discussions about the submarine had been carried out since 2014 and announced in 2016. Chambard stated that a lot of time and effort was devoted to discussing the contract, because the contract was very complex. This is because this contract has financial, technical, and political problems in it. However, he said, the contract was suddenly canceled just like that.

As is known, Australia canceled the submarine contract with France suddenly. Australia then to build a nuclear submarine, “assisted” by the United States (US) and Britain, under the framework of AUKUS.

He said that from 2016 until a few days before the announcement of the cancellation Australia had always given the “green light” to continue construction of the submarine.

According to a senior French diplomat, Australia has never asked for a nuclear submarine from the start. Australia, he explained, asked for diesel-powered submarines. Also read: Submarine Project Canceled, French Contractor Still Sending Bills to Australia

He added that another reason that angered France was that Australia was one of Paris’ main partners. Chambard said France was not haphazardly selling their military equipment, only to partners whom Paris had trusted.

The Ukrainian military on Monday (15/8) reported heavy attacks by Russian troops in the Donbas region of eastern Ukraine, as... Poptren.suara.com - Who likes food? One of the areas that has good culinary is Semarang. There are several famous culinary...