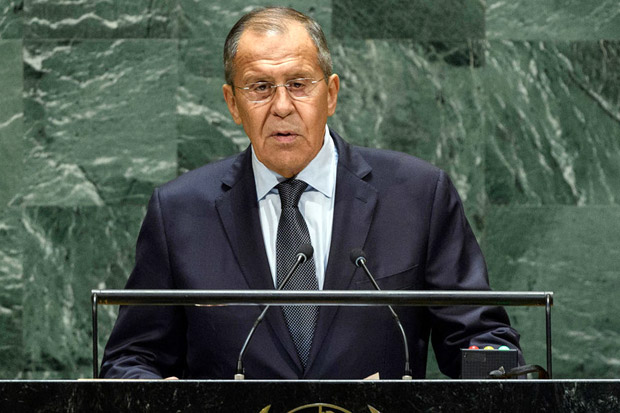 NEW YORK – United States of America (AS), China , Russia , and Pakistan work together to ensure that the new ruler Afghanistan , Taliban , kept their promises, especially to form a truly representative government and prevent the spread of extremism. This was stated by the Russian Foreign Minister, Sergey Lavrov.

“The interim government announced by the Taliban does not reflect the whole of Afghan society – the ethnic-religious and political forces – so we are engaged in contacts, they are ongoing,” Lavrov said. UN General Assembly as quoted from AP, Sunday (26/9/2021).

The Taliban have promised an inclusive government, a more moderate form of Islamic government than when they last ruled the country from 1996 to 2001. That includes respecting women’s rights, maintaining stability in the country after 20 years of war, and stopping terrorist groups from using their territory for launch an attack.

But recent steps suggest the Taliban may return to more repressive policies, particularly against women and girls.

Lavrov also alluded to the Iran nuclear deal. The US had urged Iran to resume nuclear negotiations, but Lavrov said it was then President Donald Trump who pulled the US out of the nuclear deal.

“So to state that time is running out, anyone can say this but not Washington.”

Read also: German Foreign Minister: Showing the Taliban at the UN will be of no use