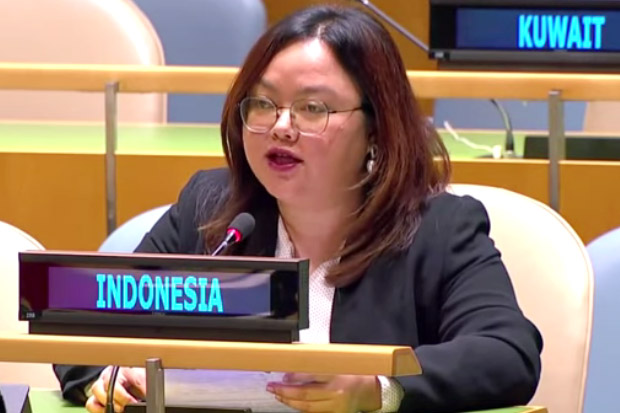 “Human rights violations are widespread throughout the world. In my region, the indigenous peoples of West Papua continue to suffer human rights abuses,” Vanuatu Prime Minister Bob Loughman Weibur said in his address to the UN General Assembly.

“The Pacific Forum and ACP Leaders among other leaders have asked the Government of Indonesia to allow the Office of the United Nations Human Rights Commissioner to visit West Papua Province and to provide an independent assessment of the human rights situation,” he added.

“To date there has been little progress in this area. I hope that the international community through the UN-led process takes this issue seriously and deals with it fairly,” he said.

“Vanuatu is trying to impress the world with its so-called concern for human rights issues,” said Sindy

“In fact, their version of human rights is twisted and there is no mention of the inhuman and heinous acts of terror perpetrated by armed separatist criminal groups,” he continued.

Ever tested positive for Covid-19? These are the changes that will happen in your body