US Rules Out Deployment of Tactical Nuclear Weapons to South Korea

The United States will not support the redeployment of tactical nuclear weapons to South Korea, or nuclear weapons-sharing arrangements with Seoul, a State Department official said, after a leading South Korean presidential candidate proposed the move.

“All I can say is, US policy does not support that. And I would be surprised that the person who issued the policy statement had no idea what U.S. policy was,” Mark Lambert, the U.S. Deputy Assistant Secretary of State for Japan and Korea, said at a forum. online.

Tata Martino Admits Mexico Failed at the 2022 World Cup: I Bear the Responsibility

The statement was in response to a question about Yoon Seok-youl, a conservative South Korean presidential candidate, who this week said he would ask Washington to redeploy tactical nuclear weapons or agree to a nuclear sharing deal if South Korea was threatened by North Korea.

Yoon appears to be a prominent figure in South Korean politics calling for it these days. Polls suggest Yoon, the former attorney general, will be in a tight race with Lee Jae-myung, a left-leaning governor, in the March presidential election. Both seem to be the frontrunners as presidential candidates from their parties.

“This is not the first time a conservative politician has made such a promise. But of course Yoon is the first leading candidate to do so,” said Lee Sang-sin, a political science expert at the Korean Institute for National Unification in Seoul.

Nearly 70 percent of South Koreans support the country building its own nuclear capability, according to a poll released earlier this month by South Korean research organization Asan Institute. The findings are broadly in line with other polls on similar issues, said Lee, which focuses on public opinion.

“Given geopolitics and North Korea, this doesn’t surprise anyone. Of course, the public does not understand the complexities and possible costs of nuclear weapons. We have been under nuclear threat from North Korea for so long, and it’s only natural that people want something that makes them feel safe.”

South Korea briefly pursued a nuclear weapons program in the 1970s, amid questions at the time about the long-term US commitment to protecting Seoul.

Recently, South Korean conservatives have called for the redeployment of US tactical nuclear weapons, or a NATO-like arrangement in which South Korea would be trained to use US nuclear weapons in the event of a conflict.

But both scenarios are unlikely to happen, said Eric Brewer, a former White House National Security Council official who now focuses on nuclear policy at the Center for Strategic and International Studies in Washington DC.

“This would go against the Biden administration’s goal of reducing the role of nuclear weapons in US strategy,” Brewer said. “And I don’t think they’re going to think it’s necessary to fend off North Korea, which I agree with.”

“But I think it highlights that calls for the redeployment of US nuclear weapons will continue. And it’s probably getting tougher, especially as North Korea continues to bolster its nuclear arsenal,” Brewer continued. [uh/lt] Suara.com - The Central Statistics Agency (BPS) noted that the inflation rate in November 2022 was recorded at 5.42 percent... Tata Martino Admits Mexico Failed at the 2022 World Cup: I Bear the Responsibility

Suara.com - Mexico coach Tata Martino admits El Tri failed at the 2022 World Cup by being eliminated in the... 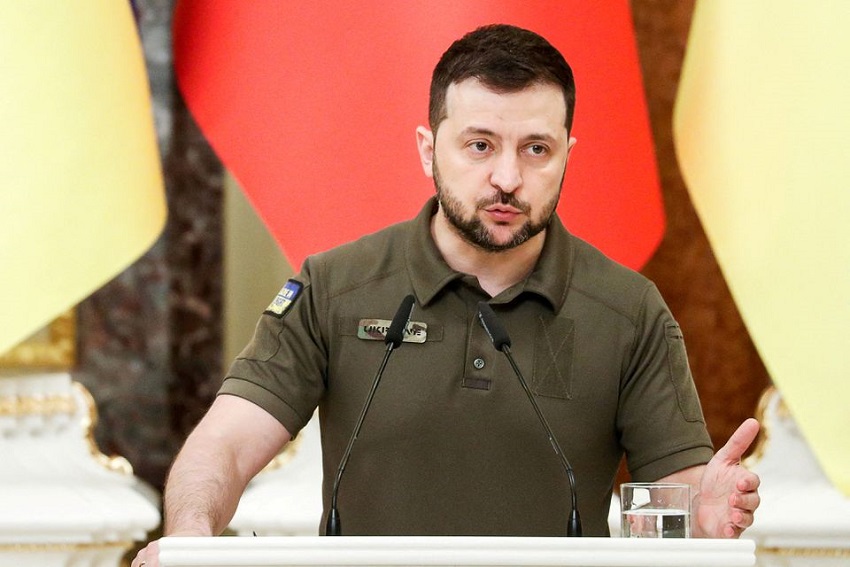