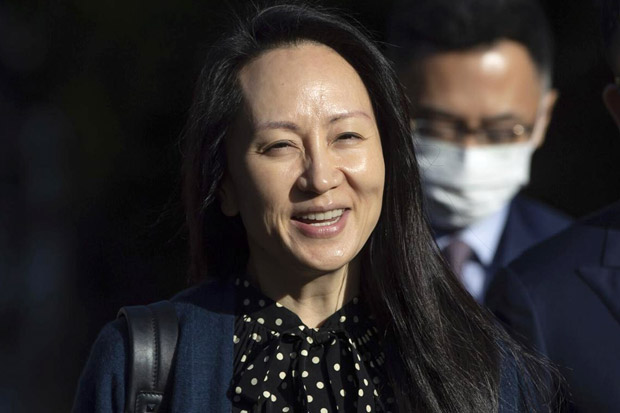 Afghan Refugee Opens Shop in US to Preserve Culture

OTTAWA – Canada free the Chief Financial Officer Huawei Meng Wanzhou who has been detained since December 1, 2018, when she was arrested with the possibility of extradition to United States of America (US). The allegations have been widely interpreted as part of a broader US hunt for the tech giant China based in Shenzhen, founded by his father, Ren Zhangfei.

After vacating her bail terms and signing a release order, British Columbia Supreme Court Justice Heather Holmes has allowed Meng to be released, ending a disaster that has lasted more than two and a half years.

“My life has been turned upside down, it was a disturbing time for me,” said Meng after being discharged.

“Every cloud has its wisdom. I will never forget all the good wishes I received from people around the world,” he added as quoted from Sputnik, Saturday (25/9/2021).

Meng immediately went by plane to China. He was released after making a deal with the US Department of Justice.

“Under the terms of the DPA, Meng has approved the accuracy of a four-page statement of fact detailing the false statements she made to Financial Institution 1,” the US Department of Justice said, referring to the Hong Kong and Shanghai Banking Corporation (HSBC).

Meng has also agreed not to commit any other federal, state, or local crime. If Meng violates the agreement, she will be prosecuted for all charges against her in the third indictment filed in this case. The government has also agreed to withdraw her request to the Canadian Ministry of Justice for Extradited to the United States,” he added.

The three-year case began when Meng was detained by Canadian police on December 1, 2018, during a stopover at Vancouver International Airport while traveling from Hong Kong to Mexico. An arrest warrant had been issued four months earlier by the U.S. District Court for the Eastern District of New York, which accused him of evading U.S. sanctions on Iran years earlier by clearing money he claimed was for Huawei, but it was actually for Iranian technology firm Skycom.

6 Facts about Ria Ricis and Teuku Ryan’s Love Journey, Was Rejected Until the End of the Application

Japanese drugmaker Eisai and its US counterpart Biogen announced earlier this fall that their drug, lecanemab, appears to slow Alzheimer's.... Afghan Refugee Opens Shop in US to Preserve Culture

Ajmal Zazai, 34, is a former Afghan government employee. He left the country after the Taliban returned to power in...