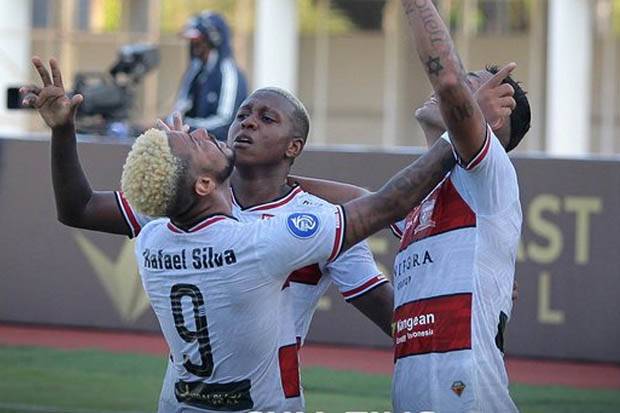 JAKARTA – Madura United got the first three points League 1 2021/2022 after picking up a 1-0 win over PSS Sleman . Madura United’s new defender Jaimerson Da Silva became the hero in the match.

The course of the first half of the match, since the first half whistle sounded, both teams played buying and selling attacks. Evidently in the game which has only been running for 10 minutes, both sides get each other’s opportunities.

Playing as the host, Laskar Sape Kerrab – the nickname of Madura United – had a hard time holding back the onslaught of Irfan Jaya and colleagues. In the 12th minute, there was an incident between Maslac and M. Kevy.

The two players clashed heads with each other when they wanted to receive the ball. As a result M. Kevy had to be pulled out and received medical treatment. He was replaced by David Laly.

The Madura United midfielder received a fairly serious injury to his head. He had to receive further treatment and was taken to the hospital in an ambulance.

The match continued. Both teams are still playing the same tempo. However, Super Elja -PSS’s nickname – carried out more attacks even though none of them resulted in goals. Until the 25th minute, the score of both teams was still 0-0.