Iran: IAEA must have access to nuclear fuel for Australian submarines 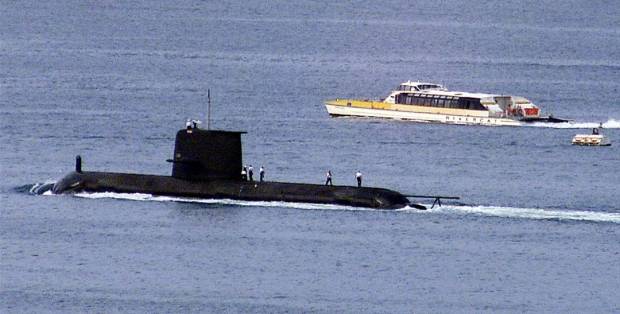 TEHERAN – The International Atomic Energy Agency (IAEA) must have timely access to nuclear fuel used for submarines Australia planned in the AUKUS agreement.

Iran’s Ambassador to the IAEA Kazem Gharibabadi confirmed the warning this week.

“For Australia, reaching a safeguard arrangement with the IAEA is important. Agency should have access to HEU (high enrichment uranium) there at an agreed and reasonable time and no excuse is accepted in this regard,” tweeted Gharibabadi.

He added, “The Agency should continue to inform the BoG (IAEA Board of Governors) of this important (issue) on a regular basis.”

He noted countries that pressure Iran to halt uranium enrichment to 60%, “which is for humanitarian and peaceful purposes,” agreeing to the sale of nuclear-powered submarines to Australia, which run on HEU fuel with uranium enrichment above 90%.

Read also: Erdoan: I work well with Bush, Obama and Trump but not with Biden

Gharibabadi reiterated Iran’s belief that every member of the IAEA has the right to pursue a peaceful nuclear program, regardless of the level of enrichment, based on its needs and in line with safeguards.

US President Joe Biden signed legislation on Tuesday that provides $52.7 billion in subsidies for semiconductor manufacturing in the United... Poptren.suara.com – Instant noodles are our favorite food. There are various variants from various brands. Recently, a netizen experimented with...

In Albania, a ship with over 6 thousand tons of wheat, loaded in Ukraine, arrived today at the port of...

Despite being a domestic worker, Misiyah is proud of her big salary and she feels at home with her employer...