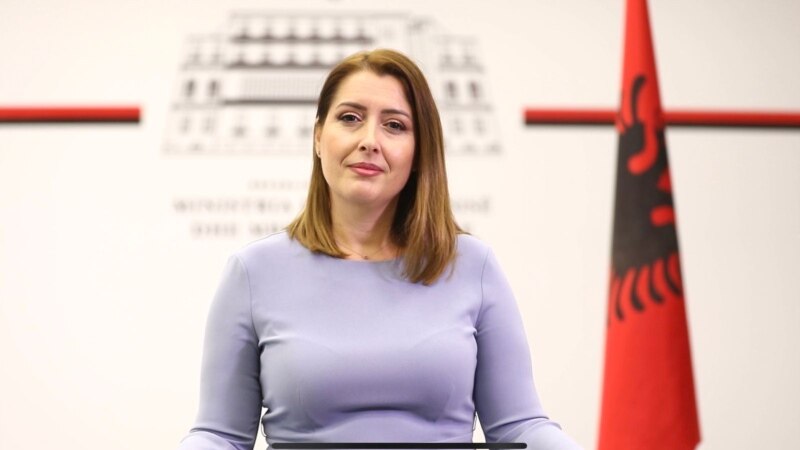 In Albania, the Minister of Health Ogerta Manastirliu addressed today with an appeal to the citizens of the country to be vaccinated, calling it the fastest way to approach the end of the pandemic. The minister’s call comes as in recent days there has been an increase in Coronavirus victims. On Friday, 10 deaths were reported, ranging in age from 30 to 83. This is the highest daily level since March 3.

“95 percent of hospitalizations are unvaccinated. Likewise, the vast majority of victims at Covid Hospitals are the lives of people who lost the war due to lack of vaccination.“, announced Mrs. Manastirliu, adding that”the incidence of cases who have been vaccinated and pass the disease regardless of whether or not they have been hospitalized is 22 times lower than the incidence of cases who have not been vaccinated. Which shows the value of vaccination. “The fact that in our weekly data the incidence of the disease is extremely high in the unvaccinated, as a measurement is 20-30 times higher, shows the significant effect of vaccines.”, said the Minister of Health.

According to her ““The challenge that some pose to science and medicine, the refusal to accept the opinions of the best experts in the world, who say that the vaccine is the most powerful weapon that humanity has today, is a frivolity that has serious consequences.”.

The authorities have imposed the obligation of vaccination for teachers, professors and students, who will want to attend the lectures by being present in the auditorium. As an alternative, they are given the opportunity once a week to present the test that proves that they are negative.

Like August and September has been an open month for vaccination of the entire population over 18 years old. According to the latest data over 932 thousand citizens or 42 percent of the population +18 years old has received at least one dose. Of these nearly 761 thousand citizens, or 34.2 percent of the population both doses of the vaccine. Over 350,000 doses are currently available, while other quantities continue to arrive periodically in the country.

India and Pakistan Criticize Each Other, UN General Assembly Heats Up

Ahead of Moenchengladbach vs Borussia Dortmund: The Fruit of Haaland’s Sacrifice Ahead of Moenchengladbach vs Borussia Dortmund: The Fruit of Haaland's Sacrifice