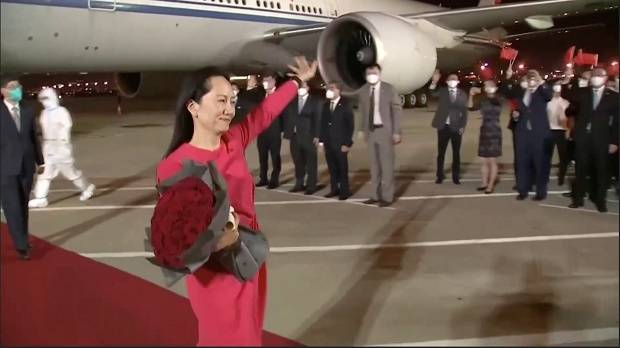 SHENZHEN – Bunch Huawei Meng Wanzhou who was released by Canada after being detained for more than 1,000 days arrived in China on Saturday (25/9/2021).

Meng Wanzhou flew to Shenzhen on Saturday evening, hours after two Canadians released by China had returned to Canada.

The prisoner exchange appears to have ended a devastating diplomatic dispute between Beijing and the West.

Meng landed in Shenzhen, China, a few hours later, to a crowd of people shouting, “Welcome to the Wanzhou house!”

Out of the Box! Take a peek at SHINee’s Key Teaser Photos Ahead of Solo Comeback – Photo 1