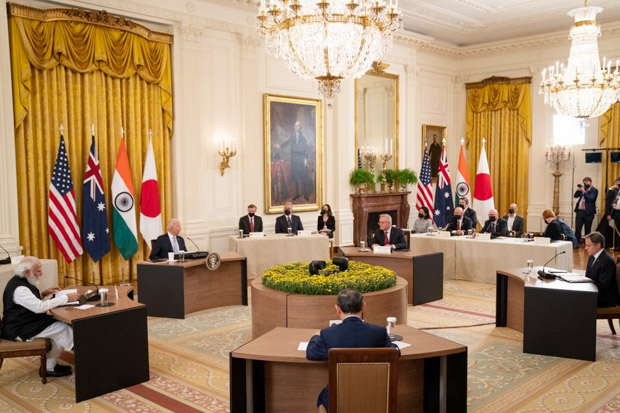 BEIJING – China criticized the Quad Summit held for the first time in White House . Summit attended by leaders United States of America (AS), India , Japan and Australia it’s called China an exclusive group that goes against the times and won’t get support.

At the invitation of the US President Joe Biden , Prime Minister Narendra Modi and his comrades Scott Morrison from Australia and Yoshihide Suga from Japan have gathered in the American Capital for the Quad summit on Friday local time.

Asked about China’s reaction as the Quad Summit is expected to address the challenges and increasing risks Beijing poses in the Indo-Pacific region, Chinese Foreign Ministry spokesman Zhao Lijian told media that the quadrangle group should not target third countries and their interests.

“China has always believed that any regional cooperation mechanism should not target third parties or harm its interests. Seeking exclusive closed clicks against third countries goes against the trends of the times and the aspirations of countries in the region. It will not find support,” he said as quoted from The Times of India, Saturday (25/9/2021).

Defending China’s claims in the South China Sea, Zhao said: “China is a builder of world peace, a contributor to global development and an enforcer of world order.”

“China’s growth means the growth of peace and stability in the world and China’s contribution to peace, stability and development in the Asia Pacific should be seen,” he continued.

“Related countries must do more that is conducive to solidarity and cooperation with the four countries in the region,” he said.

Hyun Bin is included in the ranks of the most successful actors, this is the ‘Source of Salary’ he gets