US Officially Approves 2 New Members, Biden: NATO Is Stronger Than Ever

Indonesia was one of the world’s main sugar producers during the Dutch colonial period. Its exports sit in second place, only behind Cuba. Now, the country dubbed the Emerald Equator has become one of the number one importers globally.

This sweet memory of the sugar business was told by the President Director of PT Perkebunan Nusantara (PTPN) III, Dr. Mohammad Abdul Ghani in a discussion on Policy Problems and Revitalization of the National Sugar Industry, Thursday (23/9).

Currently, he continued, Indonesia has a sugar cane plantation area which is twice as large as during the Dutch colonial period. However, sugar production only reaches 2.1 million tons per year, with land productivity per hectare of only 5 tons, or a third of the amount achieved 90 years ago. This decline has occurred since independence, so that in 1967 Indonesia was included in the group of sugar importing countries.

“If we look at this decline, the problem is with the farmers. In farming, its value is decreasing. It’s nonsense, we want to increase sugar production, if it doesn’t touch farmers,” added Abdul Ghani in a discussion held by the UGM Faculty of Agriculture.

Of course the step of reproduction is done. Abdul Ghani said PTPN now owns 55,000 hectares of sugar cane. In the future, the number will be increased to 85 thousand – 100 thousand hectares. One of the steps is to replace all cocoa and rubber fields in Java into sugarcane fields. PTPN has 45 sugar factories, with 35 of them still operating. In August 2021, all sugar factories under PTPN have been merged into one entity called PT Sinergi Gula Nusantara.

All government-owned sugar factories in Indonesia are combined in order to increase the independence of national sugar production. Abdul Gani admits that so far there has been a decline in the capability, capacity of human resources and work culture in the sugar factory owned by PTPN.

“The purpose of this transformation is to achieve the independence of the national sugar industry. In 2024, we are targeting production to reach 3.2 million tons for consumption sugar,” he added.

One of the big problems for the sugar industry is the availability of land for sugar cane. Professor of Soil Science, Faculty of Agriculture, Gadjah Mada University, Prof. Azwar Maas described the potential for land improvement that can be done. He said that the soil characteristics in Java are mostly suitable for growing sugar cane.

“Java is all suitable. But the opportunities are very limited, because they have been used for various purposes. So finding HGU development seems difficult. Is the local government able to provide a minimum of 10 thousand hectares for HGU?” Azwar said.

Land in Sumatra, Kalimantan, Sulawesi to Papua can be used as sugarcane land, as long as it is not swamp or peat. Sugarcane may be able to grow in swampland, but requires special preparation and attention in the process. While the land in Nusa Tenggara is ideal, there is a problem with water because sugar cane requires a large supply.

In his observations, Azwar said that so far the performance of state-owned sugar factories is still in the process of struggling and surviving in the midst of business competition. They have constraints on cultivation, post-cultivation and management. In addition, this sector is in dire need of government support.

“In other countries, sugar cane farmers have subsidies. That’s why Thailand can export because of overproduction. There is government intervention that is pro-sugarcane, there are other countries whose subsidies are up to 30 percent,” he continued.

Professor of Agricultural Socio-Economics, Faculty of Agriculture UGM, Prof. Irham said there is a vicious circle in the sugar industry in Indonesia. This circle rests on the fact that in general Indonesia’s sugarcane productivity is low. The cause is the practice of sugarcane cultivation that is not standard, due to the use of imput or seeds that are not optimal.

“It’s like a vicious circle that never ends. This circle must be broken. From where? The most logical thing is, from the non-standard sugarcane cultivation practice, we break up. Therefore, I propose a program to consolidate the management or management of people’s sugar cane,” said Irham.

It is important for the sugar industry to be restored to its former glory because it is a lucrative business. From research conducted in West Java, Central Java, DIY and East Java, Irham noted that people’s sugar consumption a year reached Rp. 11 trillion. A very large number, only from four provinces. The note is that the solution cannot be part by part, but must be comprehensive. Six related parties, namely sugar cane farmers, sugar cane-based sugar industry, government, relevant ministries, refined sugar producers, and sugar entrepreneurs must have one voice.

“If this is not addressed, we will be very dependent on imported sugar,” he said in this discussion.

Indonesia also needs research for the development of sugar cane agriculture and the sugar industry. Due to the large research funds, Suyoto views it is important that the budget is met from outside the state budget. The trick is to create a Sugar Fund, which is obtained by applying a levy for every kilogram of sugar imported by entrepreneurs.

“The amount of the levy for the Sugar Fund is around Rp. 500 per kilogram of imported raw sugar. From there, because our imports reach 4 million tons per year, the funds Sugar Fund IDR 2 trillion will be collected,” added Suyoto. [ns/ah] 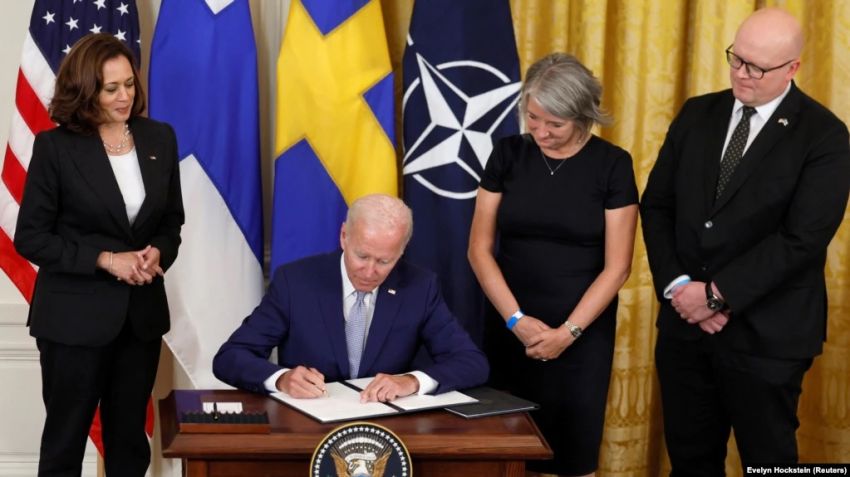 US Officially Approves 2 New Members, Biden: NATO Is Stronger Than Ever Poptren.suara.com – Appeared in front of the media, the wife of Inspector General Ferdy Sambo Putri Candrawati. Putri cried in... TANTRUM - Russia blamed Israel for the past three days of military strikes against Palestinians in the Gaza Strip. The...