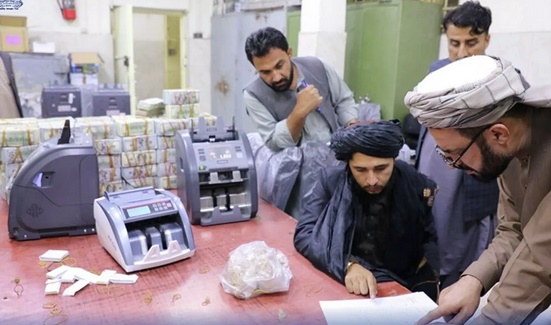 San Francisco ‘modernizes’ police, in service and robots that can kill

When Susi’s WA status made Bharada E wonder: Why is this human?

MOSCOW – Russia and the Taliban are negotiating a possible visit by a Taliban government delegation but it is too early to go into details.

The statement was revealed by a source at the Russian Ministry of Foreign Affairs (Kemlu) to Sputnik on Friday (9/24/2021).

“This is being negotiated, but it’s too early to go into details,” the source said.

The Taliban movement took control of Afghanistan in August and entered Kabul on August 15, announcing the end of the war there.

The last province to fight the Taliban, Panjshir, was captured on September 6. Currently the anti-Taliban fighters are fleeing into the mountainous region around Panjshir.

The Taliban then formed an interim government, with Mohammad Hasan Akhund at the top of the government.

Akhund served as foreign minister during the first Taliban rule.

Watching Most Movies or Drama Series with Infidelity Themes, Is It Really Not Good for Mental Health? PRIVATE VOCATIONAL - Celebrate Jerry Lawson's birthday, Google Doodle a picture of the father of modern games. Not only showing...

San Francisco ‘modernizes’ police, in service and robots that can kill

The governing Board of Supervisors in San Francisco passed a decision a few days ago that allows the city's police... When Susi’s WA status made Bharada E wonder: Why is this human?

Bharada E or Richard Eliezer recounted the moment when he was surprised by Susi's WhatsApp (WA) status--ART Ferdy Sambo--after an... Regarding the Presidential Candidate Codes, Jokowi is considered to be neutral: except for those that have the potential to divide

Suara.com - The maneuvers carried out by President Joko Widodo in launching codes related to the figure he supports as...