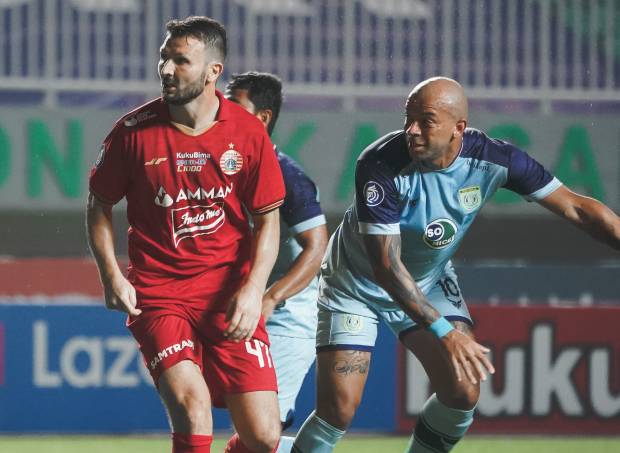 BOGOR – Persija Jakarta is finally able to end the gloomy period in Indonesia League 1 2021/2022. They won their first victory after beating Persela Lamongan 2-1.

The Kemayoran Tigers had previously gone through the first three Liga 1 matches this season with a draw. However, it ended through an uphill battle at the Pakansari Stadium, Cibinong, Friday (9/24/2021).

Appearing dominant since the first half, Persija scored a goal through Marko Simic through the white point in the 18th minute. Then, Nico Saputro increased the advantage to 2-0 at the start of the second half. Meanwhile, Persela’s goal was scored by Ivan Carlos in the 63rd minute.

At the beginning of the first half, Persija immediately did pressing to the Persela players. They appear aggressive enough to apply pressure.

After that, Persija appeared quite dominant and got a chance from Rezaldi in the 14th minute. He teamed up with Taufik Hidayat and fired hard but only bounced over the crossbar.

Eighteen minutes running, Persija got a penalty after the Persela goalkeeper brought down Osvaldo Haay. Marco Simic, who is believed to be the executor, was able to do his job well and bring his team 1-0 up.