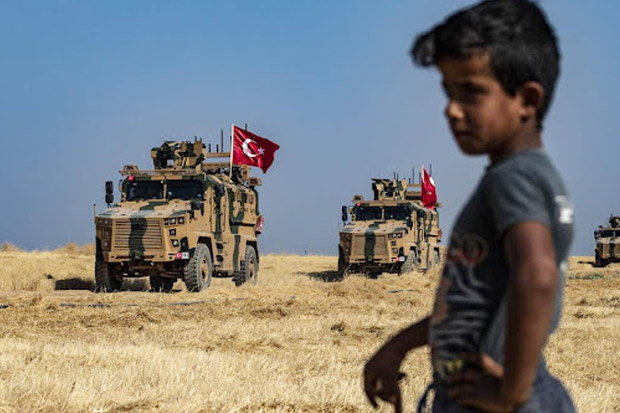 WASHINGTON – Minister of Foreign Affairs Syria Faisal Mekdad said that Damascus considered the presence of Turkey in his country as an act of occupation and wanted to see Ankara immediately withdraw its troops.

Mekdad underlined that Turkish troops need to leave the disputed territory as Syria largely views its presence as a violation of its rights.

“The main reason (the escalation in the Idlib region) is the Turkish occupation and the support provided by Turkey to the terrorist groups there,” Mekdad said.

“Turkey must withdraw immediately and the international community must support Syria’s efforts to liberate the occupied territories in the north of the country,” he added Sputnik, Thursday (23/9/2021).

He added that the escalation in Idlib was caused by Turkey’s presence in the region and its support for militant groups operating there.

Mekdad’s statement comes as Turkey recently deployed additional troops to northwestern Syria ahead of a meeting between Turkish officials and leaders from Russia and Iran in the coming weeks.

It should be noted that Turkey has maintained a presence in Syria for some time, with the combatant position largely static for more than a year after Turkish President Recep Tayyip Erdoggan and Russian President Vladimir Putin concluded a ceasefire between Turkish and Syrian forces.

Recently, Putin commented on the continued footprint of foreign troops in Syria as a “major problem” in the ongoing developments, underscoring the urgent need for the troops to withdraw from the region.