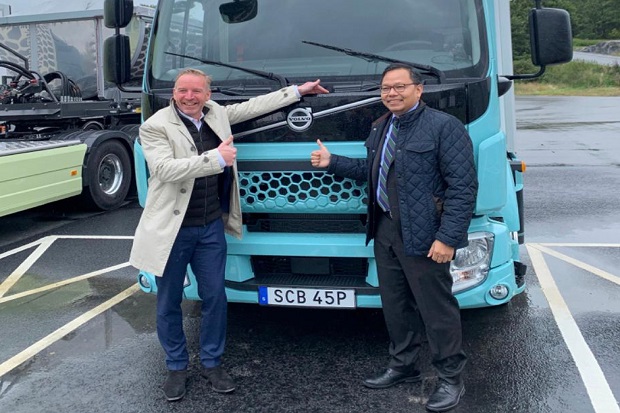 STOCKHOLM – A number of top companies Sweden declared ready to expand their business in Indonesia . These companies include the Volvo Group, Volvo Cars, SKF and Ericsson.

The four companies expressed their interest to the Ambassador of the Republic of Indonesia to the Kingdom of Sweden and the Republic of Latvia, Kamapradipta Isnomo, during a visit to Gothenburg, Sweden’s second largest city and business center, on Tuesday.

The day before, Ambassador Kamapradipta met with the Mayor of Gothenburg, Anneli Rhedin.

On various occasions, the Indonesian diplomat expressed his appreciation for the good business relations with local partners in Indonesia. In addition, Ambassador Kamparadipta also invited the four Swedish companies to further increase the investment value and make Indonesia a center for production and distribution, as well as the development of new technologies.

”Indonesia is open for business!” Ambassador Kamapradipta exclaimed in a written statement received by the Indonesian Embassy in Stockholm SINDOnews.com, Thursday (23/9/2021).

In a meeting with Ericsson, its Head of Innovation and Sustainability, Jonas Wilhelmsson, explained various examples of new technology applications that Ericsson is currently developing using the 5G network, especially in the transportation industry.
public.

“Ericsson believes 5G technology will bring significant changes in various industries, especially the transportation sector and smart city development. Ericsson will continue to work closely with local partners in Indonesia to introduce these new technologies for the advancement of strategic sectors,” said Wilhelmsson.

During a visit to the Volvo Group and Volvo Cars in the suburbs of Gothenburg, Ambassador Kamapradipta met with Senior Vice President Per-Erik Lindström, and Vice President Tomas Andersson, and the staff. During the meeting, the Indonesian diplomat invited Volvo to take advantage of the development of the battery industry in Indonesia to build an electric vehicle factory while making Indonesia a center for developing battery technology.

4 Easy Steps to Prevent the Armpit Area from Darkening, Can Be Tried Now!