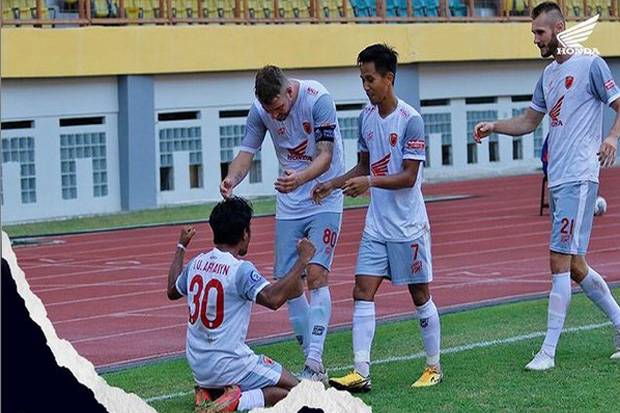 CIKARANG – PSM Makassar managed to beat Persik Kediri with a score of 3-2 in the fourth week match League 1 2021-2022 at Wibawa Mukti Stadium, Cikarang, Thursday (23/9/2021). This positive result led the club nicknamed Juku Eja to the top of the standings.

In this match PSM it didn’t take long to open the tap. The game has only been running for five minutes, the Persik goal has been vibrating through the feet of Anco Jansen.

Peach can only equalize in minute 33 through the action of Ezzejjari. PSM responded immediately to the equaliser. Two minutes later, Wiljan Pluim listed his name on the scoreboard. Unfortunately, that advantage did not last long.

At minute 40, Ezzejjari broke into the PSM goal again. 2-2 draw, lasted until the first interval was over. In the second half, the two teams traded attacks against each other. Several opportunities were created, but it was PSM who was still shrouded in luck.

The reason is, in the final minute (90+1), Ilham Udin Armyn scored PSM’s third goal while delivering the Juku Eja team to their second victory in Liga 1 this season.

Thanks to this positive result, PSM sits in first place with a value of eight points from two wins and two draws. While Persik is in seventh place with four points.

7 Portrait of the bridesmaid Ria Ricis on the proposal, sweet with a peach kebaya

7 Portrait of the bridesmaid Ria Ricis on the proposal, sweet with a peach kebaya