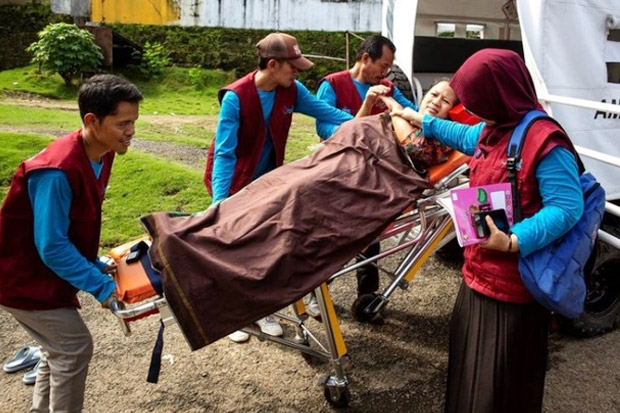 JAKARTA – The United States Agency for International Development (USAID) launched a program to reduce maternal and infant deaths newborns due to preventable causes in Indonesia. The USD35 million program will last for five years.

according to USAID , in various parts of Indonesia, two mothers and eight newborns die every hour. Many of these tragic deaths were preventable, reflecting significant gaps in the health care system.

The program, named USAID MOMENTUM, will work with Indonesian government and other public and private sector partners to make health services more affordable and efficient for the people of Indonesia.

USAID MOMENTUM will make the necessary investments to increase access to essential health services for mothers and newborns in private and public health facilities, improve the quality of hospital care, and promote stronger policies and commitments among stakeholders for maternal and child health. newborn baby.

“We are pleased to announce a major investment aimed at helping Indonesia improve maternal and newborn health. As the United States Government’s leading international development agency, USAID will continue its decades-long partnership with the Government of Indonesia and the private sector to expand access to health care for mothers and children. USAID MOMENTUM will benefit families across Indonesia,” said US Ambassador to Indonesia Sung Y. Kim in a release received Sindonews, Thursday (23/9/2021).

The government also fully supports the USAID MOMENTUM program because it is in line with Indonesia’s development goals.

“The Indonesian government continues to place the reduction of maternal and newborn mortality as a top priority in the 2020-2024 National Medium-Term Development Strategy (RPJMN) and is committed to achieving the Sustainable Development Goals for maternal and newborn health by 2030. , we are working with USAID through the MOMENTUM Program,” said Kunta Wibawa, Secretary General of the Ministry of Health.

The USAID MOMENTUM program is one of several USAID initiatives in Indonesia, which demonstrates the breadth of the relationship between the two countries. USAID MOMENTUM will work in priority provinces, namely East Nusa Tenggara, East Java, DKI Jakarta, Banten, North Sumatra, and South Sulawesi.

5 Styles of Korean Actors in Uniforms in Dramas, Who’s the Coolest?