Analyst: Stabilize Afghanistan, China Must Be Closer to Taliban 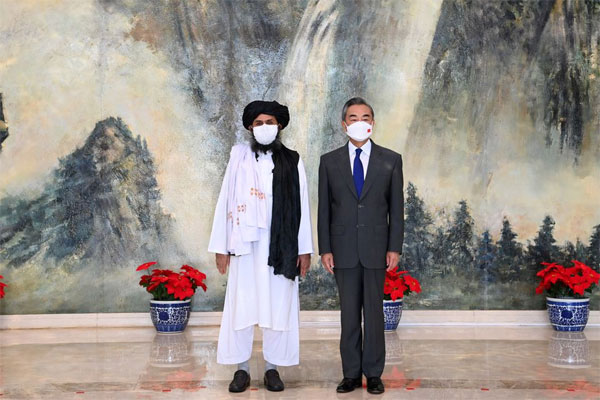 BEIJING – Natural conditions Afghanistan which is dominated by mountains is one of the factors that make it difficult for the country to be controlled by foreign powers. Repeated attempts by international powers to rule Afghanistan have always failed. England, Soviet Union, and United States of America (USA), all failed in their military attacks on Afghanistan.

Now, after the US leaves Afghanistan, the Taliban is back in full control of the country. Although it is widely criticized and doubted it will bring improvement in Afghanistan, in fact there are countries that are ready to cooperate with the new government formed by the Taliban. One of those countries is China.

Read: China Could Take Over Afghanistan’s Bagram Strategic Air Base

Intelligence analyst Barbara Kelemen of Dragonfly said China’s interests in Afghanistan were primarily motivated by the security implications stemming from their shared border. Increasingly reinforced by the need to protect Belt and Road Initiative (BRI) investments in the wider region.

“This is probably the main reason that made Beijing reach an agreement with the Taliban in the 90s, where in return for economic support, the Taliban would reportedly prevent Uighur militants from increasing attacks on its territory,” he continued.

China has not excluded Afghanistan from the BRI, but in the past its attention has remained limited compared to other major projects undertaken elsewhere. While the US and its allies played a leading role in Afghanistan, China, while not playing a subordinate role, avoided a partnership with the West.

Throughout the US occupation of Afghanistan, China kept a low profile with infrequent and limited official visits to Kabul. But now, China cannot tolerate a security vacuum that might impact its security and national interests. Beijing has increased its investment in Afghanistan and sees the country as connectivity within the BRI’s geographic expanse.